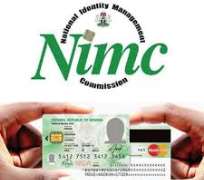 Briefing newsmen on the outcome of state Executive Council meeting, Commissioner for Information and state Orientation, Uchenna Orji stated that the essence of the additional centres was to see that registration is boosted.

He said the massive registration exercise will lead to creation of additional 200 jobs in the state and that those who will participate in the registration will be paid the sum of N30,000 each.

The Commissioner said the ad-hoc staff will be paid a stipend of N30,000 per month adding that the first phase of the exercise will run for 18 months.

"We needed to really step up the sensitization process and not only that government also took some steps and resolved that we will queue up with the arrangement of the National Identity Management Commission to set up a process of boosting the registration status of Ebonyi state.

"Therefore, government set up a committee that will interface with a consultant that will ensure that about 100 number registration units and also the sensitization will be very intensive. We will go to rural communities for them to appreciate the importance of National Identitycard registration".

"We have a lot of advantages that we will get from this effort. One is that we will increase the number of people that have registered in Ebonyi state and two it will create jobs. It will create about 200 number jobs in the course of the registration exercise".

"We are also working to ensure that every person that will participate in the registration exercise, those that will be employed to do this registration will be paid a minimum of N30,000 and for a start, we are looking at 18 months as a litmus test to see what the status will be. We are targeting not less than 4 million Ebonyians to be captured".

The Committee is made up of Orji Uchenna Orji- Chairmam,