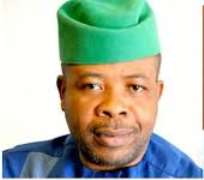 The Supreme Court has temporarily shifted the Imo judgement review to a later time today. The Chief Justice of Nigeria, Tank Muhammad, postponed the judgement during hearing on the matter.

Ihedioha’s counsel, Kanu Igabi is asking the court to set aside its earlier judgement. He argued that Uzodimna’s bloc had called the Imo elections invalid, claiming that they even called for a fresh poll.

But Uzodimna’s lawyer, Damian Dodo asked the court to dismiss those applications for lacking in merit.

Details as the Story develop.....