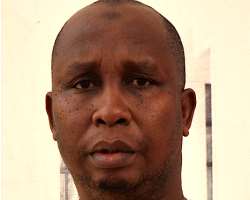 Justice S. Belgore of Abuja High Court today remanded a businessman, Anwalu Ila in the custody of the Economic and Financial Crimes Commission, (EFCC) over an alleged N65m Fraud

The Abuja Zonal Office of the EFCC arraigned Anwalu Ila, an auto dealer at the court for offences bordering on breach of trust, dishonesty and misappropriation of N65,000,000 (Sixty Five Million Naira).

Anwalu Ila landed in EFCC’s net when the anti-graft agency received a petition, dated July 4, 2017, from one Yusuf Dankofa & Co., solicitors of Saba Products Co. Nig. Limited, on behalf of their client, one Alhaji Mohammed Kabiru, who alleged that the defendant diverted the sum, which accrued from the sale of five units of vehicles; four units of Range Rover Envogue, (2011/2012 model) and one unit Toyota Sienna (2012 model).

The petitioner alluded that Auwal collected the said vehicles in 2013 from the complainant to sell at his car stand in Abuja, but when the vehicles were not sold as agreed, the complainant requested for plots of land in lieu of the value of the five vehicles at N65million, and every efforts made to recover the money failed, prompting him to petition the EFCC in 2017.

The defendant pleaded not guilty to the charges, prompting the prosecution counsel, Faruk Abdullah to request for a trial date, and for the court to remand the defendant in a correctional facility.

Justice S. Belgore granted bail to the defendant in the sum of N5, 000,000 (Five Million Naira), with one surety in like sum and who must be a civil servant not below Grade Level 5, with a letter of appointment and must deposit his passport-sized photograph with the court.