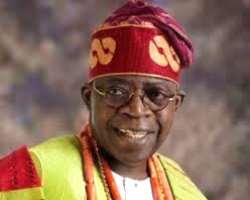 The National Leader of All Progressives Congress, Asiwaju Bola Ahmed Tinubu, on Wednesday decried insinuations alleging that he deliberately turned down an invitation from the Ondo State Government in commemoration of the third anniversary of the state governor.

Tunde Rahman, Media Adviser to Tinubu, told the News Agency of Nigeria in Lagos that the APC leader did not turn down the invitation of Governor Rotimi Akeredolu.

He explained that the APC leader was invited to the state to inaugurate projects, which include the Ondo-Linyia Industrial Hub, Ore among other landmark projects of his regime.

He said: “But the APC leader could not honour the invitation as scheduled because of an earlier scheduled trip abroad.

“As much as I know, Asiwaju Tinubu did not turn down the invitation; the date suggested by Governor Akeredolu coincided with the timing of an already scheduled trip overseas by Asiwaju. “He did not reject the invitation.

“Some opposition politicians in the state had interpreted Tinubu’s inability to keep the initial date for the inauguration of the projects as a clear rejection of the Governor Akeredolu and his projects. “I can tell you that once he returns from his trip, a new date will be picked. “He will be there in Ondo to inaugurate the projects as requested by the governor.”