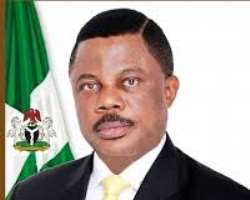 The Anambra State government on Tuesday 25th February has signed an MoU with BudgIT on Open Budget System that aims to promote fiscal transparency in the state. This initiative is with the support of the Rule of Law and Anti-corruption (RoLAC) programme funded by the European Union being implemented by the British Council in five states; Adamawa, Anambra, Edo, Kano and Lagos. Anambra state government went a step further, having signed up to Open Government Partnership (OGP), to finalize its OGP State Action Plan (SAP) 2019-2021, as well as the Anambra State Anti-corruption Strategy (ANSACS) and launched both after the signing of the MoU with BudgIT.

Over the years, BudgIT, through Open Alliance, has been at the forefront of a subnational transparency campaign that encourages and supports states to sign up to the OGP, to foster fiscal transparency, access to information, citizens participation and innovation needed for inclusive development and efficient service delivery for its citizens. With the step Anambra government has taken, it has become the 6th state in Nigeria to have an approved SAP.

Anambra is one of the 13 states in Nigeria to sign on to OGP initiative but the 8th state to develop a State Action Plan (SAP). This means that five states are yet to develop or approve a plan that captures the commitments of both Government and citizens to be co-implemented by state and non-state actors in the co-creation process under the OGP.

Gabriel Okeowo - BudgIT’s Principal Lead noted that BudgIT is glad to work with the Anambra state government and citizens to achieve a transparent fiscal system by supporting the state with technical resources to make its budget more open, develop citizens' budget and a web-based feedback mechanism for citizens participation as well as enlist the state on a national web portal (developed by BudgIT) where all states financial documents will be published for increased access and citizen's participation in the governance process.

BudgIT calls on other states to be bold in their commitment to an open and inclusive government that encourages increased confidence in government and foster development at the subnational level.