Olisa Metuh To Spend 7 Years In Prison For Fraud 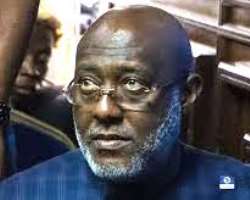 The charges were filed against Metuh and his company, Destra investment, by the Economic and Financial Crimes Commission (EFCC).

The trial judge sentenced Metuh after convicting him and found him guilty of all the charges brought against him by the anti-graft agency.