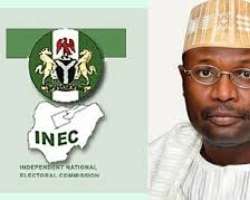 The Nigerians in the Diaspora constitute a sizeable chunk of the Nigerian population and a majority of them play more than an active role in the quest for good governance in the country touted to be the most populous in the African continent.

The ruinous economic policies of the military led many of them particularly the brightest of the bright to flee the country in their quest for economic liberty. During the struggle for democracy, many members of the National Democratic Coalition (NADECO) particularly those resident in the United Kingdom and United States fought the military junta of Generals Ibrahim Badamosi Babangida and Late General Sani Abacha for the revalidation of the June 12 election adjudged as the freest and fairest in the nation’s chequered electoral history and for the Khaki boys to go back to the barracks.

Their population runs into millions and they contribute billions of dollars to the Nigerian economy on an annual basis. Many of them came back home after the military locust years to take part in the return to civil rule where their wealth of experience was brought to bear in the country’s governance.

There has been a recent clamour by many of them there to vote for the candidates of their choice in forthcoming elections. They cite Senegal as an example of a country that has set the precedent in Africa and wonder why their dear country cannot follow suit.

Their dream was short lived when the Senate and the Independent National Electoral Commission (INEC) threw the spanner in the works of their long held dream.

In the words of the Chairman of the Senate Committee on Diaspora affairs, Senator Ajibola Basiru he was quoted to have said from the Punch Newspaper “ There are so many things that are involved in Diaspora voting. It is not just enough to say that we are going to do diaspora voting.

“It is not as if we are opposed to diaspora voting as a parliament but there are so many challenges and issues that we have to be resolved first.

“First, we need to have accurate data of Nigerians that constitute Diaspora. We need to know their population and who is qualified to be a Nigerian in Diaspora.”

Basiru noted that the local elections in the country are usually confronted with numerous challenges especially when few numbers of votes are needed to determine the winner of an election, particularly at the state levels.

“We also have to determine who constitute the diaspora. Are they only Nigerians in Europe, America and Asia or are we also going to recognise Nigerians who are living in the African countries?

“There are speculations that the population of Nigerians in Sudan, Niger, and Chad alone are running into millions. We also have Nigerians residing in other African countries. So, will all those millions of Nigerians there be allowed to vote under the diaspora voting?

“Another issue to determine is that, is it only those who genuinely emigrate and legitimately living in those country that would be regarded as diaspora? Are we talking about the documented and non documented Nigerians that are living abroad?

“Will they also vote in the National and state assembly elections? How are we going to determine the constituency or the lawmakers they are voting for? Is there any machinery in place to determine that? The answer is No!

“In the governorship election, are they going to vote according to their state of origin? The fact is that we don’t even have any arrangement or records in place to determine that, at least for now.

“So, it is not just enough to say we are legislating on Diaspora voting but we have to find a way to address the serious issues that could hinder the process before coming up with any legislation that would give it a legal backing.”

INEC also ruled that Diaspora voting was unconstitutional and it won’t be feasible in 2023 as it was alien to Nigerian law.

The problem of Nigeria since independence has been that of leadership. Diaspora voting has the potential of changing the leadership narrative in the country as majority of them won’t be easily swayed by bags of rice or sewing machines. Many of them have achieved a certain level of financial independence and will be at an advantage over majority of Nigerians resident in the country to be able to vote wisely.

Let us cast our minds back to when Chief Gani Fawehinmi of blessed memory and Prof. Pat Utomi contested in 2003 and 2007 respectively, a sturdy vote from the Diaspora may have upset the apple cart in their favour. Even the recent noble attempt by Omoyele Sowore to have emerged as the nation’s President may have flown with Diaspora voting.

What is the red chamber afraid of? The same body blocked the attempt by some political activists to have independent candidacy. The nation is badly in need of a Lee Kuan Yew or Mahathir Mohammed kind of leadership and realistically speaking, only Diaspora voting can guarantee that.

This is a globalized age where curtains and barriers have been broken down through the power of the internet and it is scandalous for the Nigerian voter to be kept for hours in the scorching sun under the guise of voting for their preferred candidates.

Electronic voting is the future and INEC should stop acting like the Luddites of the 19thcentury England who tried to stop the machines from operating during the industrial revolution as they feared that they may be made redundant if they allowed them to operate.

We should take a cue from developed nations who don’t declare public holidays on election days. We shouldn’t shut down the economy simply because we want to vote; it doesn’t make any sense not in these perilous times of employment scarcity.

Why should the system allow the inflow of foreign currencies into the country but prevent the same people from exercising franchise in a country they still hold so dear to their hearts?

It is high time the Senate and INEC revisited their anachronistic stance and allow these public spirited individuals enjoy what they ought to have been enjoying if the leadership was right.