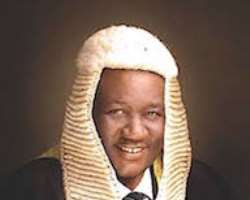 The Imo State Governor, Senator Hope Uzodimma has described late Senator Benjamin Uwajumogu as a humane, but action-packed legislator whose contributions to the political development of his area, Imo and Nigeria would remain indelible.

Late Senator Uwajumogu passed on last year on December 18, 2019 in Abuja few months after being declared winner of the Okigwe North Senatorial seat for a second term. Governor Uzodimma who spoke at the burial of the Senator at his country home, Ihitte Uboma on Friday, February 21, said Senator Uwajumogu’s life and times are testimonies of what he represented, noting that even in the face of difficulties, “Ben survived political turmoils to return to the red chambers the second term, but death did not allow him accomplish this desire to provide effective representation for his people ”. The late Senator’s burial ceremony was attended by Nigerians from all walks of life with President Muhammadu Buhari represented by the Minister of State for Education, Chief Emeka Nwajuba, the Senate President, Ahmed Lawan, his Deputy, Senator Ovie Omo-Agege and about 20 serving and former Senators of the Federal Republic. The Deputy Governor of Abia State, Ude Oko Chukwu represented Governor Ikpeazu. Members of the House of Representatives, the Speaker of Imo State House of Assembly, Rt. Hon. Chiji Collins and members of House of Assemblies of South East States and several notable politicians from across the country also attended. The All Progressives Congress (APC) was well represented at the burial both from the National Headquarters and the state.