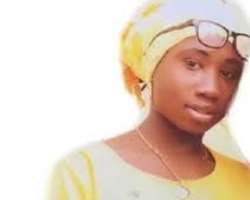 David Linden MP has written to the UK Prime Minister calling on the British government to do everything in its power to help secure the release of Christian schoolgirl Leah Sharibu .

The letter , dated 19 February, was written to mark the second anniversary of the abduction of Leah Sharibu, along with 109 other girls, from her school in Dapchi, Nigeria, by the Islamic State West African Province (ISWAP) faction of Boko Haram. While all of her surviving classmates were subsequently released, Ms Sharibu was denied her freedom for refusing to convert as a precondition for release.

Mr Linden writes: “The context of Ms Sharibu’s continuing captivity provides clear evidence that she has been held captive because of her religious beliefs… It is a terrible indictment of the Nigerian government's failure to assist a vulnerable citizen, and of an international community that has not held it sufficiently to account for this.”

Yesterday, Ms Sharibu’s mother Rebecca joined a protest organised by CSW outside the Nigerian High Commission in London, where she delivered a petition with 12,132 signatures calling on the Nigerian government to take action to secure Leah’s release.

CSW’s Chief Executive Mervyn Thomas said: “We welcome this letter from David Linden MP, and every effort made to draw international attention to Leah’s case. We continue to call on the Nigerian government to do everything in its power to secure Leah’s immediate and unconditional release, and urge the international community to assist wherever possible.”