SYNTHETIC DRUGS POPULAR AS USE OF OPIATES WANES – UN 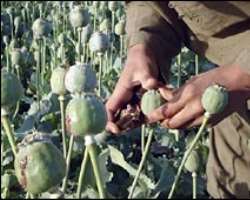 Drug use is moving away from cocaine and opiates and towards synthetic drugs such as amphetamines, the UN says.

In its World Drug Report it says it expects that soon there will be more people using synthetic drugs than opium, heroin and cocaine together.

The UN Office on Drugs and Crime (UNODC) also found that cocaine consumption has fallen significantly in the US in recent years.

But the number of cocaine users in Europe has doubled, it says.

Trafficking is causing instability in many developing countries, particularly in Africa and Latin America, the report says.

Shifting consumption
Developing countries are also seeing a rise in drug use, with heroin consumption up in eastern Africa and cocaine use up in West Africa and South America.

Demand for the synthetic drug ecstasy is falling or levelling off in Europe.

But the drug is becoming more popular in Asia.
“We will not solve the world drug problem by shifting consumption from the developed to the developing world”, Mr Costa said.

In Europe the number of cocaine users has doubled to around four million in the last decade. The market is now worth $34bn, almost as much as that in North America.

However, world cocaine production has fallen by 12% to 18% in the past three years and the North American market is shrinking, thanks in part to police crackdowns in Colombia, a producer country, and transit country Mexico.

It expects opium production to fall steeply in 2010 because of a blight that could wipe out a quarter of Afghanistan's poppy crop.