What Gov. Diri Must Do If  Prosperity mantra Won't Fail  Bayelsans

POLITICS NOT OVER UNTIL IT IS OVER, BUT ...
By Etete Enideneze 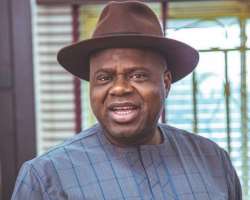 The ‘Jonathanian’ style of conceding defeat, whether election was credible or not, is not easy to emulate in politics. In fact, election has become a game that is not over until it is over.

It is especially so in Africa, Nigeria, Niger Delta and Bayelsa State in particular, where cascades of legal and verbal bullets are unrelentingly fired by the losers and winners alike.

Instead of accepting the outcome, legal fireworks are usually fired until Supreme Court to try to upturn pronounced victories. This often goes on until the end of first and second tenures.

In so doing, acrimony, vengeance and administrative distractions also continue unabated in the polity. While the legal and psychological warfare persist, unity of purpose and advancement of the state for the common good suffer immeasurably.

Aggrieved persons have the right to go to court over alleged electoral malpractices. Despite that constitutional freedom, the November 16, 2019 governorship election in Bayelsa State has come and gone.

This is more so as the Supreme Court and the Independent National Electoral Commission (INEC), has given the verdict that has enthroned Senator Douye Diri and Senator Lawrence Ewhrudjakpo as the new governor and deputy govetnor.

Therefore, every disaffections need to be forgone, because governance must be on course like water flowing in a river, not minding human wishes.

More over like nature, even government hates vacuum, thus the laws have made it compulsory for a government to always be in place, no matter how badly flawed the enthronement process was.

This is why the outgone Governor Henry Seriake Dickson, handed over the mantle of governance to Senators Diiri and Lawrence of the PDP, on the eventful day of February 14, 2020.

HUGE EXPECTATIONS AND REALLY UNITY GOVT.
Thus, as the celebration continues, it is pertinent to pensively remind the new governor that the task of managing the statecraft is herculean.

Hence, as he has promised in his post swearing in remarks he should really reconcile with, and carry every camps along, being thtat he is governor to all Bayelsans irrespective of political and other sectional interests that have always hindered good governance in the state.

He should not forget that so much is expected of him, being one of the luckiest persons in the state, to bestride the seat of power, despite haven lost initially, to the popular Chief David Lyon of the APC. Indeed, governor Douye Diri needs to justify his sudden emergence as governor, by making Bayelsa a land of prosperity as his electioneering slogan suggests.

ADOPT AN INTEGRATED SECTORAL APPROACH THROUGH THE FOLLOWINGS:

The prosperity agenda could be tackled through an integrated sectoral approach: through well-purposed and accessible educational programmes; provision of electricity and potable water supply; revamping of agriculture; works and housing, roads, bridges, residential estates; land and riverine transport, including seaport and building of markets to boost commerce.

Other viable avenues to boost development in the state are establishment of information communication technologies (ICTs), craft, entertainment and entrepreneurship centers to train youths and encourage self-reliance; repositioning of Yenagoa, the Capital City with reserved residential and industrial areas. The creation of rural industrial centers to revive traditional economy; encouragement of local participation in the oil and gas sector; formal social welfare schemes for the needy and streamlining of tax system to reduce the burden borne by payers, should also be accorded premium.

REPOSITION STATE MDAs COMPANIES AND STATE MEDIA
Again, to actualize all the above, the Diri administration would need to reposition and update the state companies, ministries and agencies, including the ailing state-owned media houses and other parastatals.

The State-owned Newspaper Corporation, publishers of New Waves; Radio Bayelsa; Niger Delta Television; Council for Arts Culture and the near nonexistent Government Printing Press, ought to be seen as the first port of call and veritable channels for public information, communication and public relations management. They should be repositioned through befitting work environment, multimedia digital online facilities, qualified management as well as training and better remuneration for staff. These are to enable them project the programmes, culture and image of the state and views of the people.

GO ON WITH GOOD INHERITED PROJECTS AND DO HIS
As promised during the campaigns, people-oriented projects of the out-gone Governor Seriake Dicskon administration, such as the Health Service Scheme; University of Africa, Toru-Orua; Medical University, Yenagoa, the airport, seaport and other projects, should be sustained and improved upon.

REVISIT CIVIL SERVICE REFORMS
But, the new government could revisit the civil service reforms of the Dickson administration, to redress vexing aspects, and prioritize workers’ welfare as well as provide adequate training and funding for effective service delivery by the service. These, will redress complaints, that the reforms may have caused some persons, create balanced-employment quota among all parts of the state as well as further endear the new government to the people.

UTILISE INDIGENOUS PROFESSIONALS MORE
Bayelsans in various professions, especially media/communication should be utilized most in the management of the statecraft. This is to provide leadership training and succession plan while also empowering the indigenes.

TIDY UP HOME BEFORE WOOING INVESTORS
The lofty agenda of the new governor will no doubt also be powered by partnerships with foreign and local investors, donors, multinational oil companies in the state as well as the Federal Government.

However, it should be borne in mind that the best ways to attract external partnerships are to first of all provide modern infrastructures and industrial hubs, peace and security instead of wasting time to woo foreign investors who will not be eager to invest in unviable places. The state-owned media outfits, including the Council for Arts and Culture, will equally help to promote the investment and tourism potential of the state, especially if connected to internet and satellite broadcast platforms.

DON'T DEPENDENT ON OIL REVENUES AND WEEP
If the new governor is to deliver on his prosperity mission, then he would have to think out of the box, to generate revenues from untapped solid and liquid minerals other than crude oil and gas; develop and promote the agricultural, tourism, sports and entertainment potential of the state in order to raise funds for development. One test of a manager is ability to be creative and bring water out from even rock, instead of crying wolf only to earn nickname of “weeping governor”. If he is to save money, he should tie it to big projects and implement them.

SINCERE RELATIONSHIPS WITH OTHER ARMS AND TIERS
Freedom for, and good relationships with the House of Assembly, the State Judiciary and Local Government Councils, to do their part to support progress of the state for overiding public interest. There would however need to be checks and balances.

WHAT BAYELSANS TOO MUST DO
Indeed, the agenda and charisma of the new governor, vis-à-vis his divine enthronment, have continued to raise the peoples’ hope for a new Bayelsa.

What is also expected in return is for people from all class and walks of life to support the new government to implement its prosperity agenda to meet the aspirations of the people.

Criticisms, especially constructive ones are good, but Bayelsans should criticise rationally, even as the government should allow public opinion to influence policies and programmes.

In this new era, Bayelsans should also think less of personal or clique benefits from the new government. Instead, everyone should think of what to be done to back the government, after which it could be scored for good or poor performance in the end.

All hands must therefore, be on deck to move the rich but impoverished and underdeveloped Bayelsa State forward, instead of buck-passing. And the time is now, to so do.