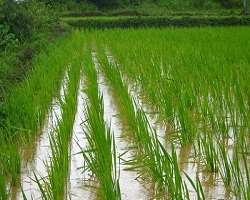 The Central Bank of Nigeria (CBN) says rice farmers in Niger Delta area will now be offered single-digit loans. The decision is expected to boost production output as new local brands flood the market, resulting in a crash in price.

The decision to offer the single-digit loan was made after a meeting between the Minister of Niger Delta Affairs, Godswil Akpabio, and representatives of the CBN in Abuja, which was meant to develop the Niger Delta area.

It was disclosed that the plan is to use agriculture to develop the Niger Delta, hence the single-digit loan to rice farmers. Cassava, rice, oil palm and cocoa farming were identified in 2018 as the comparative advantage in Niger Delta, a representative of the CBN Governor at the meeting, Anthony Ifechukwu disclosed.

Other plans CBN has for the Niger Delta: The CBN plans to support the livestock and fishery production in the region, and will also provide index insurance for participating farmers.

In a statement released by the Head, Press and Public Relations at the Ministry of Niger Delta Affairs, Patricia Deworitshe, “Ifechukwu also assured participating farmers of a guaranteed market price for their produce, explaining that the bank would give a single-digit interest loan for five years.

“He advised eligible farmers willing to participate in the scheme to procure quality seedlings from reputable companies and plant their crops in clusters, adding that CBN will do index insurance for participating farmers.”

Meanwhile, Akpabio, who was represented by Permanent Secretary at the ministry, Adesola Olusade, said the focus was on land acquisition for the agricultural project, and this would be done in partnership with the governors of the nine states in the region.

Government support yielding result: The Nigerian government has continued to make moves to diversify the economy, moving focus from oil to agriculture. This led to the closure of land border to prevent foreign rice brands from suffocating local production .

In the latest Nairametrics Household Survey, it was disclosed that more brands of local rice continued to flood major markets in Lagos, thereby crashing the prices. The price of local rice reduced significantly across major markets in Lagos as new brands of locally made rice were sighted in various markets. Also, quality of locally-produced rice in Nigeria has recorded significant improvement.