Bayelsa Election: Who is to be blamed? 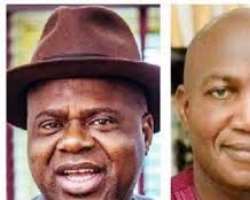 Nearly a month after the Supreme Court gave an unprecedented judgment on Imo State Governorship election by sacking Emeka Ihedioha from the State House, another dramatic judicial pronouncement surfaced like a might wind that changed the atmospheric condition of celebration from the camp of the All Progressive Congress (APC) to the tent of People Democartic Party (PDP) in less than 24 hours to the inauguration of a new government in Bayelsa State.

The five member panel headed by Justice Marry Odili on 13th February, 2020, annulled the nomination and the participation of David Lyon and his running mate Biobarakuma Degi-Eremienyo in the November 16, 2019 Governorship election and directed the Independence National Electoral Commission (INEC) to issue a fresh certificate to the candidate of the party with the next highest votes and with the required constitutional spread of votes in the results of the election.

The apex court affirming the earlier judgment of Justice Inyang Ekwo of the Federal High Court in Abuja, which disqualified Degi-Eremienyo’s candidacy and nullified their victory because of the chameleonic documents presented to the Independent National Electoral Commission (INEC) which appears to be a forged certificate after cross examinations by the court.

Meanwhile, Mr Lyon had before the judgement perfected his rehearsal in preparation for the inauguration. Infact, in most areas of the state, the flags of the APC had being installed while the Governor of the State, Mr Seriake Dickson had perfected his plan to handover to the APC elect governor.

At the national level, the APC had continue their songs of victory, especially for the first time in history that the APC will rule Bayelsa State, before the news of the judgement broke out. The news threw the camp of APC to confusion with the national chairman claiming that nobody would be sworn in in the state because nobody meet the requirements given by the court.

Despite this threat, the INEC still went ahead to issued the certificate of return to the candidate with the next hight votes in the election which happened to be the PDP's candidate, Mr Douye Diri.

While presenting the certificate, the Chairman of the INEC, Professor Mahmoud Yakubu disclosed that the PDP candidate and governor-elect, Senator Diri, scored the highest number of lawful votes and scored more than 25 per cent of the lawful votes cast in all the eight (8) local government areas of the state as against the claim of Mr Oshiomhole in interpreting the judgement of court.

However, nobody will be in Oshiomhole's shoes that will not want to react the way he reacted especially, considering the pressure on him by some elements in the party demanding his resignation. But at the same time, who is to be balmed for the woe?

Constitutionally, the duty of a Political party is to prepare and present a candidate for an election. This preparation includes checking of documents and other areas that might be used by the opposition or members of the public to decredict the candidate at the election, electoral college or in the court of law. But sometimes, some parties failed to do thorough investigation before presenting candidates because of reasons best known to them.

This was what played out in the Bayelsa Governorship election in 2019. APC as a political party in shopping for a popular candidate failed to take into cognisance the certificate of Senator Degi-Eremienyo which had been an issue in the PDP even before he ran to APC to joined Lyon in the gubernatorial race.

Before, the historic judgement in Bayelsa, the party had also received similar "judicial blow" in Zamfare State, Rivers State, Bauch State among others due to the laxity in its internal mechanism.

Though, the issues in these States were not certificate related but largely a fallout of lack of internal democracy which even made some members of the party in Ogun State, Imo State among others to work against the party at the state level in 2019 general election.

Unfortunately, the party seems not to have learned its lesson from these cases with the daily exchange of words between the National Chairman, Admans Oshiomhole and Governor of Edo State, Mr Godwin Obaseki in a contest that appearss to be a tussle for supremacy, forgetting that there must be a party before party godfatherism.

The same contest was what led to the down fall of the party in Imo State at the governorship election in 2019, before it regained it's stand through the judicial help in January 2020, in a judgement still being subjected to the Supreme Court review.

So, while the party leadership continues to look for "legal windows" to explore in their quest to regain the lost victory in Bayelsa State, it will be of a great advantage if they can also take a step further to close all the windows they have opened or might be opened due to their internal crisis before the next election so that the party will not on the ground of technicality throw the nation in flame.

Femi Oluwasanmi is a Public Affairs Analyst and writes from Ibafo, Ogun State.