Mind Your Pet (An Expansionist Tale) 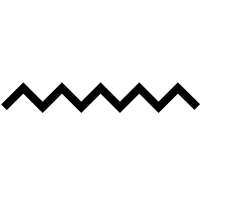 By all known standards of their time, the land of Zigzag was an exceptional place. Well drained due to its strategic location at the confluence of two great rivers, it was lush and fertile.

It had an idyllic rolling terrain as well as vast, flat wetlands bordering the great rivers. It was surrounded by vast forests, which brimmed with all kinds of animals.

With every resource imaginable at their disposal, the people of Zigzag had nothing else to occupy their time than squabbling with each other.

With abundant food, meat, and water, their only pastime other than procreating was squabbling.

Petty issues like whose turn it was to do cleanup or whose duty it was to cart away trash, led to major squabbles.

By Jove, even ignoring to extend minor compliments to one another, led to squabbling.

Maybe Zigzagians would still have been squabbling right up till this day. Maybe there would have been no need to tell this tale about the lost land of Zigzag.

A lot of maybes there would have been, but for one day. But for the very day that changed the history of Zigzag forever.

It was the day that one of Zigzag’s residents brought home a pet dog. Or so he told his fellow inhabitants.

Mashu was a queer one. He was the last inhabitant of Zigzag to hit the town.

Nobody really knew where he came from. He emerged suddenly from the thick jungle one day.

He told the Zigzagians he was a hunter who had lost his way and could not find a way back to his land of birth, which was far, far away.

Mashu asked for permission to settle in Zigzag until he could find his feet and somehow trace his way back to his own people.

The Zigzagians consented and gave Mashu a parcel of land near their communal graveyard to settle.

They did not really trust him to live within their midst. They wanted him to live beside their ancestors who would monitor his activities.

Mashu was a taciturn fellow. He had few friends among the Zigzagians and kept mostly to himself.

He would go on hunting expeditions for days on end. But he came back each time with plentiful supplies of bushmeat which he sold to the lazy Zigzagians.

And did those Zigzagians love his culinary delicacies?

One strange thing about Mashu however was that he kept on pleading to be given more land.

A very personable man, Mashu was very popular with the daughters of Zigzag.

He gave them exotic gifts of bushmeat delicacies which no one else could give and other presents besides.

The nature of those other presents would only become manifest several months later.

His residence soon became a popular theater of squabbles among the damsels of Zigzag.

Unable to withstand any longer the bloating sights of their nubile daughters, the elders of Zigzag implored Mashu to do the honorable thing by them.

Mashu told the elders he was more than pleased to do the honorable thing if they would grant him land space in their midst to accommodate his soon to be spouses.

They obliged him, reasoning that he was no more a stranger but a prospective in-law.

Besides they did not want their daughters and grandchildren to live beside the graveyard.

Mashu quickly erected a new residence in the center of Zigzag.

He also maintained control of his old residence beside the graveyard.

Soon his new residence was filled with the sound of numerous children and wives playing and squabbling.

Mashu turned his old residence beside the graveyard to his trading center.

There he would sell his hunting kills and entertain yet more daughters of Zigzag.

Things went very well until the day that sealed the fate of Zigzag.

Mashu went on a long hunting expedition and came back with abundant game.

He also came back with a pet in a cage. The people of Zigzag were amused.

“Mashu” they said, “what kind of animal do you have in that cage.”

“O it is only a puppy,” he replied. “I snatched it from the mother in the jungle. I want to train it and keep it as a pet. I have always wanted to have a pet dog, but I did not know how to broach the matter to you.”

The people of Zigzag laughed at his queerness.
“We have so many dogs roaming around aimlessly in this town” they said, “you could have taken anyone among them as a pet.”

The town clown added for equal measure. “Afterall you did not ask our permission before you gave our daughters bloating bellies as lasting presents.”

Everybody around laughed before they started squabbling over Mashu’s kill.

Mashu built a special enclosure for his pet which everyone soon forgot about. Each day he would bring to his pet the choicest of meat.

After a couple of months, the people of Zigzag asked Mashu about his pet.

“Mashu they said, why does your pet not come out and play with the other dogs in this town?”

“I want it as my hunting companion in the forest. I don’t want it to become too playful,” he replied touchily.

Seeing that this was a sensitive topic no one broached the topic of the pet to him again.

And the pet grew and grew. Everybody forgot about Mashu’s pet until it growled one day.

A daughter of Zigzag had paid a visit to Mashu at his old residence when she heard the sound. “What was that?” she asked, startled.

“That is not the sound of a dog,” she replied. “What kind of pet could that be?” The pet roared this time. The sound could be heard miles away.

The Zigzagian extricated herself from Mashu’s clutches. “Wait here let me go and feed it,” Mashu said, highly irritated.

He rushed outside, brought several giant lumps of meat and went behind into the animal’s enclosure.

The lass tiptoed behind him and peeped into the enclosure as Mashu fed the beast.

She watched spell bound as the beast tore into the lumps of meat and they disappeared down its throat in a few gulps.

Terrified, she grabbed her clothes and disappeared as fast as her legs could carry her into town to relay the news to her parents.

That evening when Mashu returned to his main residence, a large congregation of Zigzagian elders was waiting for him.

“Our In-law what kind of beast have you brought into this town as your pet?” they asked, seriously agitated.

“We heard its growl and roar today and that is not the sound of a dog.”

Mashu chose his words carefully and almost disdainfully. “Well it was a pet when I brought it, but now that it is grown, it is no more a pet. It is now my hunting companion.”

“But we don’t want a beast to live among us in our land,” the elders of Zigzag replied. “We insist that you kill or remove that beast from our midst.”

“Well if you insist, I will go and kill it in the jungle,” Mashu replied.

“We so insist,” the elders said.
It was a fatal mistake to leave the choice to Mashu as he chose the most convenient option for himself and the most dangerous for the town.

From that day onwards, the Zigzagians never knew peace again.

Each morning they woke up to discover that dogs, goats, cats, sheep and cattle were missing.

They summoned Mashu.
“Did you not tell us that you were going to kill the beast in the jungle, why are our livestock attacked and killed each night?”

Mashu was enraged. In a defiant tone he addressed the people.

“When the animal was living here with me as my pet, there were no issues. Not until you forced me to do away with it. I obeyed your wishes.”

“From that moment, the responsibility fell on you Zigzagians.”

“When I took the beast into the jungle, I discovered I could not bring myself to kill it, so I set it free. How do you think it is possible for me to kill an animal I raised and fed from infancy?”

“What more do you want from me? The problem is on you.”

The Zigzagians realized they were helpless. Being lazy, they did not know how to hunt.

They would never be able to catch and kill the beast by themselves if they banished Mashu.

Moreover, what would they do with his wives and children, their daughters and grandchildren, were he to become enraged and leave?

“You should be the one telling us what to do Mashu, you brought this calamity upon us. No one is safe here anymore. Go ahead, tell us what to do,” the elders said.

Mashu thought about it.
“Okay, I have a plan,” he said. “Each day, I would keep a kill for the beast in the jungle, so that there would be no need for it to come into town in search of food. That would be my responsibility.”

“But the town has to pay for this service,” he added.

“How can we pay?” the elders asked plaintively.

“Are you not the only hunter in our midst? Where will we get the game to sacrifice to the beast each night? “

“Even if we had the meat, who among us would dare go into the jungle to drop it off.”

Mashu replied. “That is no problem. You can pay me with land. I need more land for my growing family.”

That was how the cunning Mashu seized control of the town of Zigzag.

His appetite for land was insatiable.
Each year without fail, he would ask for more land. When the people of Zigzag refused to grant him his wish, their animals would disappear until they relented.

It continued like this until they had no more land to give to Mashu.

Soon Zigzag citizens started disappearing. In exasperation the Zigzagians appealed to Mashu to become their King as a way of placating him.

But Mashu was a ruthless and tyrannical ruler who governed mercilessly with an iron fist.

Unable to withstand his excesses or accommodate the humiliation any longer, one day the Zigzagians secretly banded together and made their escape into the jungles en masse when Mashu went on a hunting expedition.

They left in search of another place to live. To this day no one knows their fate.

But Mashu the king had become soft and lazy. After the Zigzagians departure he realized there was no one left besides his own family to boss around.

But the beast he raised continued to terrorize the town.

Unable to bear the insecurity of his own family anymore, Mashu rose one day with his weapons and went in search of the beast he raised in order to subdue and to kill it.

He did not return alive. He disappeared without trace.

Several decades later when intrepid explorers stumbled upon the once flourishing city of Zigzag, not one living soul was found alive.

The town of Zigzag was abandoned, desolate and in ruins.

Zigzag was a ghost town. A relic.
Everything and everyone was gone, presumed dead.
Anthony Chuka Konwea, Ph.D., P.E., M.ASCE, MNSE, FNIStructE, MNICE.