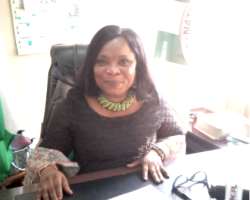 Delta State would join the rest of the states in the country to hold a 10 Million Man Match against corruption. The event is being organized by the Delta State Chapter of the National Youth Service Corps, (NYSC) in collaboration with the Economic and Financial Crimes Commission (EFCC).

Briefing the press, at the Federal Secretariat in Asaba, Thursday, the State Coordinator of NYSC, Mrs. Olutayo Samuel, said that over 500 corps members in Delta had been mobilized to participate in the exercise, billed for 8:00am today Friday 14th February 2020, with a sensitization campaign match from the Federal Secretariat through Interbau to Nnebisi Road in Asaba.

According to her, "The essence is to let everybody know that anti corruption is a major policy of Mr President and there is need for every hand to be on deck in curtailing it.

"It is important to let you know that these gentlemen you see in my office are officials of EFCC and they are fully involved in this national assignment", she posited.

The Coordinator affirmed that the exercise would be holding simultaneously in the 36 States of the federation and FCT Abuja.

She further stated that while this nationwide sensitization campaign would collectively hold across the country tomorrow, the corps members who are EFCC Vanguards would sustain the tempo through their Community Development Services, CDS.

Mrs . Samuel further stated that the corps members' core mandate was to continually sensitize the people on the need to shun corruption and assist in whatever guide to rid our country of corrupt tendencies.

On a safety note, the State Coordinator assured of the presence of Road Safety officials to help with the control of traffic and also paramedics to assist in cases of health emergencies.