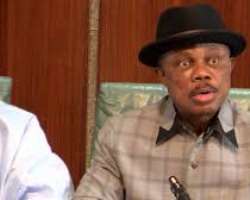 It is not often that stories of Physical Planning Boards of States are told in glowing expletives. This is not without a reason or two. One is that in some states the board does not exist or where it does, may be in outline and as such lacks the capacity to exert any influence on the building public. Two is that the service of a planning board is not attractive to builders. They see it as exclusive to government and avoid it.

Quite often the building public believes erroneously that it is a waste of time, seeking building permit. It prefers the service of a quack, not so much because it is better persuaded, but because it hopes to avoid certain control, doing so. The idea of structural integrity and thorough supervision which the board insists every builder must abide does not sit well with the building public. It views the emphasis on the use of competent materials and payment of a token into government account as highhandedness.

To that extent, a good number build without recourse to the services of a planning board. Building permit is secured only when circumstance compels a builder to do so otherwise he builds when and how he pleases.

Perhaps this accounts for the frequent building collapse in Nigeria – a country that is not troubled by natural disasters like tremor, earthquake, landslide etc. It also explains the upsurge in city slums and unsightly shanty habitations that dot major cities in Nigeria. As a correctional measure, a physical planning board is empowered to stop erection of a building without approval, to pull down completed one in similar circumstance and to relocate an entire community of settlers where necessary. It was done in Lagos when Maroko transformed to Lekki. And in Abuja when Apo mechanic village became an upscale settlement.

It is not any different in Anambra state since the government of Chief Willie Obiano. The State Physical Planning Board has made critical interventions in the last couple of years to stem not just the tide of building collapse, but to destroy shanties that served as criminal abodes. When the story of what Governor Obiano achieved in the state is told that of the Board will very much grab a mention. The effort of the Board, ably led by its chairman, Barrister Chike Maduekwe has been most commendable. Here is a man (Maduekwe) who has denied self in order to bring sanity to the otherwise troubled physical development in the state. Aside insisting on application of physical planning rule to check the state from developing into a slum, Maduekwe almost always runs himself ragged, trying to avert terrible situations. It is well to remember how often the Board has intervened to stave off building collapse, relocate gas stations from densely populated neighbourhood and to eject hardened criminal from marked areas.

Since the present Board, the state has salvaged notorious skid rows and criminal habitations in Onitsha, Ogbaru and Ogbunike among others. For example the over 40 year old Marine Beach Settlement in Onitsha which has defied previous efforts at destruction, and which served no useful purpose, but as a breeding ground for touts, alcoholics, prostitutes, muggers, and armed robbers, was destroyed under the present Board. Today the space has not only been reclaimed, but the government is planning to develop it into a resort. There was also the Kara settlement in Ogbaru. With sizeable criminal habitues, it took the Board a lot of effort to dismantle. In fact, it had to make repeated interventions before it could force out the settlers and had the compound fenced in. But more pathetic was that this settlement, apart from its nuisance value, nestled directly under high-tension wires thus putting the lives of the settlers in the way of possible electrocution. The Ogbunike toll gate habitation was not better. With the progressive decay of that stretch of the Enugu-Onitsha expressway, the erstwhile toll gate became an anchor for waifs, criminals and all manner of troubled souls. The abode took the usual visit by the Board to go the way of others.

It is fairly right to say that Governor Obiano has deployed the services of the Planning Board to optimum use. First, as a crusader for structural integrity and secondly as a dismantler of shanties and criminal settlements across the state.

The Board has done well in sanitizing the Anambra building environment and has worked no less in routing criminals from the state by removing the roofs over their heads. A good number have since left the state while those that stayed back were either penned in or caused to expire.

But more than that, the Board has tried to regulate development to the extent of returning sanity to the troubled sector. It is working hard to ensure that public structure above 2 storey building should have an elevator, a water hydrant, and should be accessible for possible navigation on emergency.

With planning, accidents have been substantially reduced. The incidence of building collapse has been few and far between. The blocking of water channels and or building on them, the downside of which are overflooding and drowning, is fought and substantially brought to some manageable level.

Regardless of its many challenges, the Board has successfully reined in on quackery and impunity that characterizes structural development in the state.