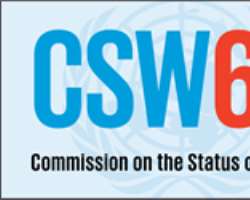 The American Human Rights Council (AHRC-USA) is pleased to announce that its women delegation will be joining other women from around the world in attending UN Women - United Nations Entity for Gender Equality and Empowerment of Women 2019 64th session of the Commission on the Status of Women. The session will be held at the United Nations headquarters in New York City, from March 09 to March 20, 2020.

AHRC's participation marks the second participation of AHRC women delegation in the highest profile global forum for the human rights of women in the world. This attendance is part of the activities of AHRC's Women Empowering project. This project is dedicated to advance women's participation and engagement with human rights causes locally, nationally and internationally. In advancing its human rights mission, AHRC considers the empowerment of women as core goal.

"Deeds speak at a higher volume and in a clearer voice than words," said Imad Hamad. "As to human rights, we at AHRC consider women as equal to men and their empowerment as in the best interest of humankind," added Hamad.

To support the AHRC Women Delegation active participation, donations are welcome. For more information or to donate, please contact the AHRC office at: 313-914-3251.

For more information on the UN forum visit: https://www.unwomen.org/en/csw/ngo-