How to have baby-making sex 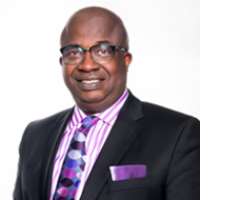 Making a baby isn't complicated if you and your partner have good fertility. But it requires more than jumping into bed and a roll in between the sheets to be productive.

Some couples go all out and have sex every day, all month like rabbits. If you're into that, it's usually okay. Actually it's usually a good idea to make sure you're having sex even when you're not ovulating, so that sex doesn't simply become a conception machine.

But you can soon get tired of this schedule, especially if it takes longer than a few months to conceive. Sex every single day may be a problem if your sperm count is low.

A good appetite for lovemaking is okay but it isn't a major requirement for baby making. As a couple, you may have intercourse every day of the week or every other day, or every three to four days, the most important thing is to have sex when you're most fertile. This is typically during your mid-cycle, and around week two to three of your menstrual cycle assuming that you have regular periods. It's tricky to calculate the exact time of your ovulation however there are a variety of ways to detect this time.

But beyond timing, there are other aspects of sexual intercourse that need consideration. You probably want to know if there is any difference between sex for fun and sex for conception. Does position matter? Should you lie down afterward? If yes, for how long?

We know the essence of male orgasm, what is the role of female orgasm in fertility? How often should you be having sex? These are posers that demand answers.

When is the best time for conception sex? This is a common question asked by intending couples and even those that are already fathers and mothers.

Timing is critical when you're trying to conceive. The impression that sex at any time can get you pregnant is not entirely true.

You are more likely to get pregnant from sex that occurs on just three days out of the month. Averagely, you are potentially fertile for 7-10 days each month.

Ovulation lasts for 12 to 48 hours, but you are potentially fertile for at least a week thereafter. This is because sperm can survive up to five days in the female reproductive tract.

Ovulation is when an egg is released from an ovary. That egg survives for up to 48 hours before it can no longer be fertilized by sperm. This short time may be considered the ovulation period. However, your total fertile period is how long the egg is fertile and how long sperm can wait for the egg combined. This is known as your fertile window.

While you are possibly fertile for seven days out of your cycle, the odds of conceiving at the far ends of that time period are small.

If you want to get pregnant, you should have sex one to two days before you ovulate. If you're not ovulating, no amount of sex will get you pregnant.

If frequent unprotected sex doesn't get you pregnant after a year (or six months, if you're over 35), then see your doctor for a fertility evaluation. If you have possible signs of a fertility problem (including signs that you may not be ovulating), you don't need to try to conceive for a year before you see your doctor. Make that appointment now.

However, if you're experiencing ovulation signs, this is the ideal time to have sex to get pregnant. You can detect ovulation using a number of methods including ovulation predictor kits, basal body temperature charting, or cervicalmucus tracking. In the event that you don't have any ovulation signs, it is probably that you may not be ovulating and this is one of the known causes of female infertility.

Having sex three to four times a week all month long is a good plan. While you can't get pregnant from sex after ovulation, there are other benefits to sex during this non-fertile time.

Ovulation can be detected with ultrasound or blood work, but this won't help you have sex on the right day. They can only tell you after you ovulated.

Assuming you know approximately when you ovulated and you know how many days before or after ovulation you had sex. What are your odds of getting pregnant?

Having sex on ovulation day gives 8 per cent to 33 per cent possibility of conceiving.

If it is one day past ovulation the chance is 0.8 per cent to 11 percent while two days past gives three per cent to nine per cent

From these statistics above, you may notice that the odds vary greatly from day-to-day. Three days before ovulation, your odds of conceiving are anywhere from eight per cent to 23 per cent.

So, your fertile window may last up to 10 days, but clearly, if you want to get pregnant, you want to have sex as close to ovulation as possible.

How can you time sex for your most fertile days during your fertile window?

You can track and predict your ovulation with test kits or ovulation predictor kits, body basal temperature charting, and checking for fertile cervical mucus. An ovulation day calculator may also help provide an estimate, but isn't the most accurate of methods.

Timing sex for pregnancy can cause excessive stress in some couples but may be good for getting pregnant if not great for your relationship. A good tip is to note that having sex when you have fertile raw-egg-white-like cervical mucus is the best way to time sex for pregnancy. So check.

Another option is to have frequent sex and not worry so much about the exact ovulation day. But again, this can put more strain and isn't a reassuring option for those who have been trying for some or know there may be an underlying fertility problem.

Generally ovulation detection isn't the most reliable method. You are better off having sex three to four times a week and chances are that you're bound to have sex during your fertile window. It may not be on your most fertile day but that may not be necessary.

Believe it or not, position doesn't matter that much for baby-making sex. As long as ejaculation happens as close as possible to the cervix, it's good enough.

You can have sex in any position and variety may help improve your sex life, and that can help you cope better with the stress of trying to conceive.

Lying down after sex may or may not really help you conceive. It is debatable. It takes sperm 2-10 minutes to travel up from the cervix to the Fallopian tubes, however, this movement occurs regardless of whether you're standing up, lying down, or standing on your head.

If you want to try it, remain on your back for just 15 minutes after sex. That is more than enough time.

Clinically the female orgasm is not required for baby making, as many women conceive without it. There is a theory that female orgasm helps move the sperm up from the cervix to the fallopian tubes. Another is that orgasm makes you feel sleepy, which increases your odds of remaining horizontal after sex (which may or may not help with conception).

Coping with having intercourse on demand during infertility treatment (doctor prescribed sex) can be stressful for you as a couple. Some men may experience performance anxiety. To cope, consider making a date of your 'scheduled sex,' maintaining a sense of humour about the situation, and being patient with one another.

Trying to conceive can change your sex life, often for the worse if you're trying for several months (or years). You may feel alone and frustrated.

You should know that having trouble with sex when trying to conceive is common. There are things you can do, though to improve your sex life.

Some women experience painful sex sometime during their life. Sex shouldn't be painful. If it hurts, something is wrong. Surprisingly, only one in four women will ever tell their doctor about their pain.