What if Museveni intentionally let the opposition win the so-called by-elections that made Bobi someone to be talked about? 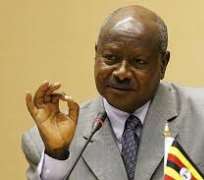 Zugzwang--- it's a chess term describing the obligation to make a move even though any move will weaken one 's position. Generally, it's an indication that the play has moved into the end game. The narrow-minded spectators will call a would-be loser " contagious “, ‘’powerful’’, ‘’threat’, or all sorts of names praising him, but when in actual sense, he is losing.

I am strongly inclined to believe that Museveni intentionally let the opposition win the so-called 2018-19 by-elections that made Bobi Wine someone to be talked about. What is it they say? Lose the battle and win the war. They also say that the most powerful warriors are patience and timing. He used the by-elections as foreplay to his intention to weaken the opposition.

Let’s remember that during the by-elections, both Kiiza Besigye and Bobi supported different candidates, and Bobi had one leg over Besigye. Bugiri and Arua, were the epitome of it all where Asuman Basalirwa(JEEMA) and Kasiano Wadri(former FDC), both backed by Bobi, won, against FDC candidates. Museveni is rarely off his game. He has always let opposition win some and lose a lot. This was something else, and I bet he was up to something. His enemies have always underestimated him, and have refused to think like him--he is good at stiffling opponents, love him or hate him.In business, one of the ways of promoting a business is to get your rival to sue you and announce it on TV. By the time the dust settles down, everyone has heard of your business. It's nasty but it works. It's a very good marketing strategy.

It’s also possible that Museveni has been controlling the number of MPs FDC get every year, since their numbers never change. He, I guess, keeps them at a certain level that won't bring him problems in the parliament. Like Besigye keep telling the word, ‘the Electoral Commission is like his walking stick’.

All the theories around Dr. Kiiza Besigye being part of the ‘managed’ opposition don't add up because of simply one factor-- Winnie Byanyima. No man makes deals with another man who took his woman, ex or not.

I also think we must make a distinction between ordinary people with very little clout who had to do what they had to do to oppose Museveni and celebrities who ended up singing political songs to further their career. It happened a lot during Nazi German ---About this, you might want to see the movie "Mephisto" or read the book on which it is based. So, it's possible that Museveni may have picked Bobi, without Bobi's knowledge, as a stick to beat his long-term rival with, and indeed, it worked. Now, all he needs is to pick another stick, or sticks, to beat Bobi with, and he is doing exactly that.

Bobi is now caught between a rock and the proverbial before the 2021 elections, and for me, at least, I can understand why he might end up either starting a political party, or join DP, if not quietly quit politics altogether. If he is to quit politics, he will have to secretly arrange a meeting with Museveni assuring him of this.

A while ago I was reading the book, The Shirakawa book "The Devil's Music Master", about music in Nazi Germany. It consists of biographies of several composers. Makes very interesting readings. The author gives Karl Hartmann as an example of composer who hated Nazis, decided not to collaborate with them, and yet didn't have any problems either. Just kept low profile and survived. It was those who wanted to prosper, to make a career, pure opportunists such as Orf, who collaborated with the regime.

Bobi is, obviously, going to go ahead and participate in the presidential elections, even though he knows he can't win. He feels that this is his best bet for his career, ego, and, I guess, to satisfy the longing to be the big man in opposition. But he really didn't have a clue as to the trap he was walking into, if my theory is right that Museveni intentionally wanted to boost his image against Besigye in by-elections. He will continue to treat him like a star until he becomes a normal Citizen and then they slam the door shut.

The issue that's never really been addressed enough, or at least that I don't understand enough is why DP thought Bobi's attacks against Besigye at the DP reunion, would benefit DP in anyway. In the end, they parted ways and every man is now on his own. Maybe "us" aren't as different from "them" as we'd like to think we are.

All of the above, of course, is just my opinion. No offence is intended to those who disagree.