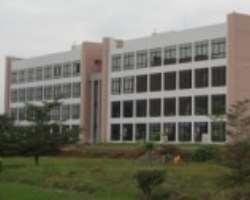 The sacked Governor of Imo State, Emeka Ihedioha, has predicated his motion urging the Supreme to set aside its January 14, 2020, judgment that ousted him from office on the ground that it was fraudulently obtained by the incumbent governor of the state, Senator Hope Uzodinma.

The apex court had in a unanimous judgment delivered by Justice Kudirat Kekere-Ekun removed Iheadioha from office and ordered that Hope Uzodinma of the All Progressive Congress (APC) to be sworn in as the validly elected governor of Imo State.

But in a motion on notice filed pursuant to section 6(6) of the 1999 constitution, section 22 of the Supreme Court Act, 2004, and the inherent jurisdiction of the court, the former governor has asked the court to review its judgment on the ground that it was obtained by fraud.

It is the contention of Iheadioha that the judgment of the Supreme Court sought to be set aside is a nulity as it was obtained by fraud.

On this ground, Iheadioha submitted that “the Appellants/Respondents (Uzodinma), fraudulently misled this court into holding that a total of 213,495 votes were unlawfully excluded from the votes scored by the 1st Appellant/Respondent in the gubernatorial election of 9th March, 2019, in Imo State.

He further submitted that “the 1st Appellant/Respondent admitted under cross-examination that he was the person (and not the 3rd Respondent [INEC] or any of its officials) who computed the result that gave him the 213,495 votes alleged to have been excluded from his total votes in the election.

He told the apex court that the fraud was further demonstrated by Exhibits 63RD1 to 63RD19 (INEC Forms EC40G) which showed that there were no valid elections in the 388 polling units where the additional 213,495 votes claimed by the 1st Appellant/Respondent were allegedly generated.

Another reason adduced for the setting aside of the judgment was that it is a nullity because it was given per incuriam.

He stated that by Exhibit A1 (Form EC8D) the total number of voters accredited for the Governorship Election held on 9th March 2019 in Imo State was 823,743,while the total valid votes cast was 731,485.

He submitted that, “it is unlawful for the total number of votes cast in an election to exceed the number of accredited voters and that illegality rendered the judgment sought to be set aside null and void.

Ihedioha further urged the court to set aside its judgment because the court was misled to enter the judgment.

The Appellants/Respondents failed to plead the votes scored by all the parties in the 388 affected polling units. Only the votes allegedly scored by the 1st Appellant/Respondent and the 1st Applicant were pleaded – an omission which rendered the petition incompetent.

He contended further that the Supreme Court was consequently misled into making a vague order directing the inclusion of votes from the 388 polling units without stating or specifying the particular number of votes to be included from those polling units for all the parties.

“Without computing the votes for all the parties from the 388 polling units this honourable court was misled into making a declaration that the 1st Appellant/Respondent was the winner of the gubernatorial election in Imo State – an election that the Appellants/Respondents had themselves branded or stigmatised as invalid on account of non-compliance.

In addition, it is the position of the former governor the apex court gave the judgment without jurisdiction.

On this point, he argued that having regard to section 140(2) of the Electoral Act (as amended), the Appellants/Respondents divested this Honourable Court of the relevant jurisdiction to declare the 1st Appellant/ Respondent as the winner of the gubernatorial election conducted in Imo State on the 9th day of March 2019 by branding or stigmatising the entire election as invalid.

This Honourable Court did not have the jurisdiction to declare the 1st Appellant/Respondent as elected in the absence of any proof that the votes ascribed to him met the mandatory geographical spread stipulated in section 179 (2) of the Constitution of the Federal Republic of Nigeria (as amended).

This Honourable court did not have the jurisdiction to declare that the 1st Appellant/Respondent met the constitutional geographical spread without providing in its judgment the reason(s) for that conclusion.

The apex court had in a unanimous judgment delivered on January 14, removed Ihedioha on the grounds that he did not win majority of the votes cast in the March 9 governorship election.

The court said Ihedioha was returned as governor of Imo State based on wrong computation of the election results in the state.

In the lead judgment delivered by Justice Kudirat Kekere-Ekun, the court voided the concurrent decisions of the tribunal and Court of Appeal, which had declared Ihedioha winner of the poll on the grounds that they both failed to take into account votes from 388 polling units in the election.

In addition, the court held that the excluded votes from the 388 polling units be ascribed to the appellants.

Consequently, the apex court ordered the Independent National Electoral Commission to withdraw the Certificate of Return issued to Ihedioha and issue a fresh one to candidate of the APC, Uzodinma, on the ground that he won majority of lawful votes cast at the election. (Credit (text): The Sun)