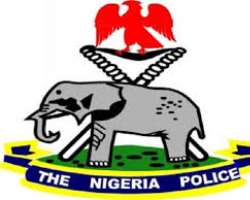 At least four persons were gunned down in the attack which took place on Thursday afternoon, in Ile-Oluji/Okeigbo Local Government Area of the state.

It was gathered that the robbers gained entry into the banks through the aid of dynamites.

The hoodlums shot sporadically while the operations lasted.

The Police Public Relations Officer in the state, Femi Joseph, confirmed the incident to Channels Television but could not give details of the attack.

He noted that the command had already deployed policemen to the scene while an investigation into the incident was ongoing.

Reports however identified those killed by the robbers to include two policemen on duty and two civilians, who are believed to be traders in the nearby shops.

An eyewitness told Channels Television that the robbers gained entry into the bank using dynamites.

It was also gathered that some local hunters were on the trail of the robbers.