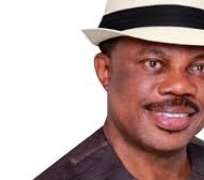 “To be forewarned is to be forearmed; so says the wise people. It is in this frame of mind that we have in recent time analyzed the media contents from a group that claims to represents herdsmen in the South-east known as Miyetti Allah cattle rearers. This group has been in the news lately in different media channels claiming that four Fulani herdsmen and 108 cows have reportedly been killed in Anambra state. We are shocked and worried that the media has continued to fly with this highly inflammable news content which could be a trigger for imminent attacks of those communities in Anambra state mentioned. The media reporting this one sided sensational and inflammable report have not displayed any empirical evidence to back up the claims made by their source of this toxic information. ”

With the above summation, the foremost civil Rights advocacy group – HUMAN RIGHTS WRITERS ASSOCIATION OF NIGERIA (HURIWA) has called on Governor Willie Obiano of Anambra state; forum of South-east traditional leaders; forum of South East governors and Ohanaeze Ndi Igbo to immediately take preemptive steps to ensure that no community in Anambra state or indeed any part of the South East of Nigeria is attacked by armed Fulani herdsmen because since the last four years, we have observed a sinister nexus between this sort of media signal and unfounded allegations by Miyetti Allah which had resulted in serial attacks of such communities. Plateau, Benue and Southern Kaduna have in recent times witnessed bloody invasions and attacks by suspected armed herdsmen shortly after such sensational claims are made by Miyetti Allah cows owners and President Muhammadu Buhari’s administration has so far refused to order the arrest and prosecution of such persons who had spread hate filled speeches that led to such despicable hate crimes like the mass killings of farmers and the destruction of their villages.”

“The reason we are raising this alarm is exactly because in the recent past and more specifically on June 28th 2018, the Miyetti Allah Cattle Breeders Association of Nigeria, MACBAN, made allegations against some Plateau communities and had followed it up with the description of the attacks on some communities in Plateau State as an act of retaliation over the killing of 300 cows belonging to its members. Suspected herdsmen had on prior Saturday night before June 28th 2018 through Sunday, attacked Riyom, Barakin Ladi and Jos South local government areas of the state, killing over 100 persons, though the Police confirmed 86. Miyetti Allah’s statement came, as fresh attacks on Kwi village in Riyom local government area claimed one more life in the early hours, despite the dusk-to-dawn curfew declared in the three local government areas.”

HURIWA recalled that the Chairman of the North Central zone of MACBAN, Danladi Ciroma, who signed the statement, said herdsmen in the state had lost about 300 cows in the weeks leading to the attack. He accused the communities of hiding cattle rustlers among them as well as frustrating peace efforts of the state government.”

HURIWA recalled that the chieftain of the Miyetti Allah had also stated that; “These attacks are retaliatory. As much as I don’t support the killing of human beings, the truth must be told that those who carried out the attacks must be on revenge mission. “There have been recent reports of cow rustling and destruction of farms between Berom farmers and Fulani herdsmen. The people carrying out these criminal activities are well known to the communities but the communities are hiding them. “Fulani herdsmen have lost about 300 cows in the last few weeks – 94 cows were rustled by armed Berom youths in Fan village, another 36 cows were killed by Berom youths. In addition to that, 174 cattle were rustled and the criminals disappeared with them to Mangu. “Since these cows were not found, no one should expect peace in the areas. Even soldiers that went after the criminals to recover the rustled cows were shot by the armed rustlers and eventually escaped with all the cows. “The government of Governor Lalong has done a lot to restore peace, but the criminal elements hiding among their people are the ones frustrating these peace efforts.” Ciroma added that security agencies should be fair to all parties, and not neglect any report presented by herdsmen, saying “because such report can lead to attacks and deaths if not properly handled.” He said: “Criminals thrive a lot in Berom communities, but when the herdsmen, who are always victims of their crime, react with attacks, they blame the government.”

HURIWA wondered why President Muhammadu Buhari has continued to look on whilst officials of this body known as MACBAN continues to constitute a grave threats to national security just as the Rights group said the South East of Nigeria through her leaders and citizens must be vigilant to stop any plots to launch any attack on South East of Nigeria which may result from the media claims of some deaths and loss of cows as made by the MACBAN official.

HURIWA recalled that the Miyetti Allah Cattle Breeders Association of Nigeria (MACBAN) had reportedly cried out for justice over the alleged killing of its members and 108 cows in Ifite-Ogwari, Ayamelum Council of Anambra State between December 20, 2019 and January 27, 2020.

HURIWA stated that the South East Chairman of MACBAN, Alhaji Gidado Siddiki, who disclosed this to the media in his office at Gariki Market, Amansea, Awka North Council, gave the name of the herder allegedly killed in December 2019 as Hasan Mobali (35), and those killed this year as Hassan Rabiu (35) Abdullahi Rahman (31) and Bahabu Ilu (38) just as he said that the association had recovered the body of Rabiu, while youths in the area allegedly prevented the recovery of the corpses of Abdullahi and Ilu, which were purportedly thrown into Omambala River. While speaking in company of 91-year-old Abdullahi Ahmadu, the father of Rahman, and Kawejo Musa, the guardian of Rabiu and Ilu, the MACBAN chairman said his association had written letters to Governor Willie Obiano and Commissioner of Police, John Abang, among others for intervention. He called on the authorities to bring the perpetrators to book to serve as deterrent.

HURIWA said generations unborn will not forgive the Anambra state governor Willie Obiano should he fail to protect his people from any attacks by armed Fulani herdsmen just as the Rights group said there is the urgent need for peace and harmony in all parts of Nigeria just as the Rights group said any claims of killing of citizens irrespective of Ethno-religious affiliations must be investigated and if there is merit in such a claim the perpetrators must be prosecuted and punished. However, HURIWA has once more asked President Muhammadu Buhari to be fair to all Nigerians and stop treating leaders of MIYETTI ALLAH CATTLE OWNERS/BREEDERS ASSOCIATION as if they are above the law.