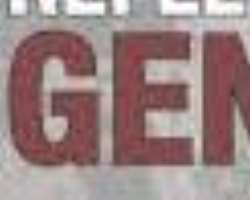 Christian Solidarity International (CSI), an NGO campaigning for religious freedom, has issued a Genocide Warning for Nigeria, and is calling on the Permanent Members of the United Nations Security Council to take appropriate action to prevent genocide in Africa’s most populous country.

CSI issued this Genocide Warning in response to a rising tide of violence directed against Nigerian Christians and others classified as “infidels” by Islamist militants in the country’s north and middle belt regions.

1,000 Christians in Nigeria are reported to have been killed by Islamist militias over the past year, with 6,000 murdered since 2015, according to the most conservative estimates from Nigerian Christian sources. In the past five weeks alone:

“Christians have become an endangered species in their own country,” warned CAN’s President, Dr. Samson Ayokunle on 23 January. “Nigeria”, he continued, “is under a siege orchestrated by the murderous bloodthirsty and criminally-minded Boko Haram terrorists, Fulani terrorist herdsmen, bandits and kidnappers.” Ayokunle called the government to account for its inaction in the face of the escalating conflict and the culture of impunity in Nigeria. [1]

Cause for grave concern has also been raised by the International Criminal Court’s Office of the Prosecutor. In a report published at the end of 2019, the Office of the Prosecutor warned that there is “reasonable basis” to believe that war crimes and crimes against humanity have taken place in Nigeria. The ICC report stated that not only Boko Haram and its Islamist offshoots are under investigation, but also the Nigerian Security Forces (NSF). According to the ICC, the investigation of NSF includes acts of violence against persons associated with the Shiite “Islamic Movement of Nigeria” and the predominately-Christian Indigenous People of Biafra. [2]

“The conditions for genocide exist in Nigeria,” said Dr. John Eibner, the Chairman of CSI’s International Management, “with Christians, non-violent Muslims, and adherents of tribal religions being particularly vulnerable. The increasingly violent attacks and the failure of the Nigerian government to prevent them and punish the perpetrators are alarming.”

Eibner continued: “The vast majority of states, as signatories to the Genocide Convention of 1948, have committed to ‘undertake to prevent’ genocide, a commitment that was reaffirmed in the 2005 declaration of the Responsibility to Protect. CSI therefore calls on the permanent members of the UN Security Council to take swift action to uphold this commitment to genocide prevention in Nigeria.”

CSI has been monitoring the surge in sectarian violence in Nigeria, and last year set up the Nigeria Report website – www.nigeria-report.org – to provide news and a platform for discussion about ways to end the interwoven sectarian conflicts and tribal rivalries that have so gravely destabilized the county.