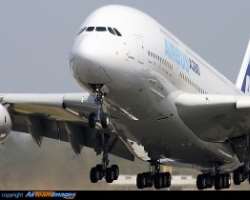 PARIS (Reuters) – Fallout from the Airbus bribery scandal reverberated around the world on Monday as the head of one of its top buyers temporarily stood down and investigations were launched in countries aggrieved at being dragged into the increasingly political row.

Airbus agreed on Friday to pay a record $4 billion (3.1 billion pounds) in fines after reaching a plea bargain with prosecutors in Britain, France and United States over alleged bribery and corruption stretching back at least 15 years.

Now, it is bracing for a rocky period with airlines and foreign governments, some of which have complained they were not forewarned about the charges and claimed little knowledge of the sums of money swirling around their fleet purchases.

“Friday was the end of Act I, now we are seeing the beginning of Act II with possible repercussions on airline relationships,” said a person close to the company.

Airbus declined to comment further after welcoming the agreement on Friday as an opportunity to “turn the page”.

Prosecution documents agreed by Airbus detailed a global network of agents or middlemen in transactions across the group’s business and run from a cell in Paris where the group had part of its headquarters, split between France and Germany.

Outlines of the operation and its annual budget of 250 million to 300 million euros had been reported by Reuters.

Prosecutors also cited parallel projects or investments alongside some negotiations, including the sponsorship by Airbus’ then-parent EADS of a Formula 1 team owned by top officials at AirAsia, a major customer.

Shares in AirAsia fell up to 11%.
AirAsia Group said Chief Executive Tony Fernandes and Chairman Kamarudin Meranun would step aside for at least two months while both the airline and government probed allegations.

In a joint statement, the two co-founders of Asia’s largest budget airline denied any wrongdoing or misconduct.

“We would not harm the very companies that we spent our entire lives building up to their present global status.”

INQUIRIES LAUNCHED
In Ghana, a political storm erupted over accusations of Airbus payments to a relative of a government official in connection with the purchase of military transport planes.

Britain’s Serious Fraud Office (SFO) said the agent had no aerospace experience, having previously worked in football merchandising and as a facilities manager. It did not say what the agent, who had been helped by two unnamed British television actors, did with the money.

President Nana Akufo-Addo's office said Ghana would “conduct a prompt inquiry to determine the complicity or otherwise of any Ghanaian government official, past or present”.

The National Democratic Congress (NDC), which was in power at the time, said claims that Airbus paid bribes were false.

In Colombia, airline Avianca said it had hired a law firm to investigate its relationship with Airbus and determine if it had been a victim of wrongdoing.

French prosecutors said in settlement documents that Airbus had agreed to pay multi-million dollar commissions to an agent over jet sales to Avianca, some of which were earmarked for a senior executive at the airline's parent Avianca Holdings .

The payments were thwarted by a freeze on agent commissions as Airbus tightened processes in 2014, they said.

Avianca is ultimately owned by Synergy Group, formerly the vehicle of Bolivian-born entrepreneur German Efromovich who bought the airline out of bankruptcy in 2004 and grew it to become Latin America’s No. 2. He lost control of Synergy in 2019. Contacted by Reuters, Efromovich declined to comment.

Sri Lankan President Gotabaya Rajapaksa ordered a full investigation after Britain’s SFO reported that Airbus had hired the wife of a SriLankan Airlines executive as its intermediary in connection with aircraft negotiations.

Airbus misled UK export credit agency UKEF over her name and gender, while paying her company $2 million, the SFO said.

Korean Air <003490.KS> and Taiwan’s China Airlines <2610.TW> declined to comment on allegations of payments to intermediaries over jet purchases.