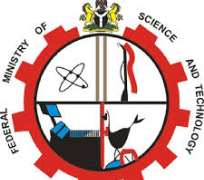 Lagos, Monday, February 3, 2019: Media Rights Agenda (MRA) today inducted the Federal Ministry of Science and Technology into its “Enhanced Freedom of Information (FOI) Hall of Shame” citing several instances of the Ministry’s failure to comply with the provisions of the FOI Act since its enactment in 2011.

Announcing the induction in a statement in Lagos, MRA’s Legal Officer, Ms Morisola Alaba, noted that the Ministry had previously been inducted into the FOI Hall of Shame on June 11, 2018 but had made no effort to redeem itself since then as it has continued to show utter disregard for its duties and obligations under the FOI Act.

Ms Alaba said given the Ministry’s disappointing track record of compliance with the FOI Act, MRA has decided to take legal action against the institution to compel it to fully implement the Act and comply with all its obligations.

Observing that the Ministry has the responsibility to facilitate the development and deployment of science, technology and innovation to enhance the pace of socio-economic development in the country, she contended that it had failed woefully in its mandate, in part by not proactively publishing and disseminating information, as required by the FOI Act, which would in turn have helped the institution in its task of spreading information and knowledge

Ms Alaba emphasized that information and knowledge are the foundation for progress in any society, adding: “We are astounded that a Ministry of Science and Technology with a mandate to facilitate the deployment of science, technology and innovation to enhance socio-economic development would systematically deny citizens access to information that could help them make informed decisions that would positively impact their lives, including information relating to the services of the Ministry.”

According to her, “The action of the Ministry of Science and Technology is all the more worrying as this systematic denial of information to citizens is in direct violation of a valid law which imposes clear and specific responsibilities on the Ministry and which it is under a legal obligation to implement and comply with.”

Ms Alaba noted that the only FOI relevant information published by the Ministry on its website are descriptions of its departments and units and their responsibilities, including details of the programmes and functions of each of them.

However, she said, the Ministry has failed to publish most of the 16 categories of information that the FOI Act requires it to proactively publish, even without anyone making a formal application for the information.

In addition, Ms Alaba observed that the Database of FOI Desk Officers available at the Office of the Attorney-General of the Federation, who has oversight responsibility for the implementation of the FOI Act, shows that the Ministry of Science and Technology has not designated an official to whom requests for information should be made and has not published the name of any such official as required by Section 2(3) (f) of the Act and as directed by the Attorney-General of the Federation in his Implementation Guidelines.

Ms Alaba stressed that: “When you consider that the Ministry should by February 1, 2020 have submitted nine annual reports to the Attorney-General of the Federation, the fact that it has not submitted any report in nine years is evidence of an arrogant disregard for the Law in the belief that there will be no consequence. Such impunity is inexcusable and should not be countenanced.”

Similarly, she said, “there is also no indication whatsoever that the Ministry has provided the appropriate training for its officials on the public’s right of access to information or records held by it or that it had trained them to effectively implement the Act, as it is required to do by section 13 of the FOI Act.”