Investigation: How Yaba CMD Lobby To Retain Her Position After Clocking 60 year old 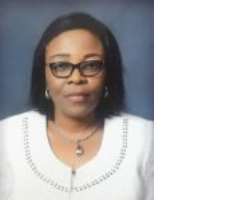 The federal Neuropsychiatric hospital, Yaba, Lagos state has been in the news lately for the wrong reasons. News about incompetency has not ceased to make rounds for some time now. The latest of it all is the revelation of a young journalist who acted like a patient just to uncover the many ills In the hospital.

His report unveiled the decrepit state of hospital facilities, gross shortage of critical staff despite a bloated workforce widely believed to be populated by ghost workers, low quality of service delivery, arbitrary charges on patients — all stemming from personal and institutional corruption and the hospital’s implicit stigmatizing of its very own patients.

On a second thought, there a saying that states that once the head is corrupt, it will affect the different parts of the body too, it seems this is a perfect way to describe the situation in Yaba left, as it is fondly called.

Late last year, news broke out that the CMD, Dr Oluwayemi Cecilia Ogun is an embodiment of corruption, infact, it was discovered that her appointment as the CMD isn’t legal.

In Nigeria, the retirement age for civil workers is 60 years but in this case, it feels like 60years is the beginning of civil service for Mrs Ogun.

She clocked 60 On September 23, 2019 but still retained her post as the CMD of the hospital, raising serious eyebrows and wonders if the federal government is also part of this corrupt practice.

Immediately she clocked 60, she was supposed to proceed on terminal leave as required by the law but she resorted into lobbying high level officers of the ministry of health to extend her tenure by referring to an already suspended circular by President Muhamadu Buhari on tenureship which is an affront to the anti corruption agenda of the federal government.

It would be recalled that some months ago, a petition was written against her by the JOINT HEALTH SECTOR UNION for gross abuse of office and corruption.

In the petition sighted by Investigators, dated 15th of February 2019, she was accused by staff members amongst others of outsourcing the account department without going through the necessary procedures, which is strongly against the Financial regulation of the establishment.

It was gathered that she was also once invited by police force headquarters CID Alagbon, Lagos to answer for allegations of corruption and abuse of office.

It was also noted that in 2018, she singlehandedly bought a vehicle worth N40million with funds meant for another purpose despite having two functional official vehicles.

Sources also hinted us that she bought a personal 2019 model Camry car worth 26million naira which was packed in front of her quarters.

Similarly, she was accused of having sacked all hospital contractors and suppliers, awarded contracts to her relatives at exorbitant prices far above the amount previous contractors charged, according to the petition. Most of the companies used for the hospital contract owned by her husband and cronies.

Although, after the investigation that was just recently covered went online, the minister of health made it known that the matter will be looked into, little have been heard about it.

Going by these, it would be worthy of being noted that the corruption has come from the head, and the anointing keeps flowing down to the surbodinates.