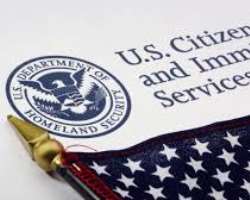 Onitsha, Eastern Nigeria, Sunday, 2nd Feb 2020-The Government of the United States under President Donald Trump is embarking on monumental distortion of the American History by slamming a blanket residence visa ban on ‘Nigerians’. Historically unknown to the Trump Administration, too, the US Government action is an unconscionable ‘revolution’ against her forces of antiquity including ‘the nobles of the country now resident in the cosmic world’. There is also no difference between the latest move by the US Government and that done by Chairman Mao Government in China, now known as ‘Chinese Cultural Revolution: 1966-1976’; for no matter how drunken a regime is, it must not toy with the root of antiquity that brought its people into famous existence.

In China, it was an uphill task for Deng Xiaoping to dismantle the Maoist policies associated with the Cultural Revolution, to the extent that in 1981, the Chinese Communist Party declared that the “Cultural Revolution was responsible for the most severe setback and the heaviest losses suffered by the Party, the country, and the people since the founding of the People's Republic"

The above was the position of the Int’l Society for Civil Liberties & Rule of Law as contained in a statement issued today and signed by Emeka Umeagbalasi (Chair of the Board), Obianuju Joy Igboeli (Head of Civil Liberties & Rule of Law), Chinwe Umeche (Head of Democracy & Good Governance) and Ndidiamaka Bernard(Head of Int’l Justice & Human Rights).

It is also historically disastrous and summersault that the same ‘Igbo-Nigerians, Yoruba-Nigerians, Bini-Nigerians and others’ forced to leave their ancestries or ancestral homes to go and found, live, develop and revolutionalize the now ‘United States and rest of the Americas’ by the then Government-in-formation and its colonial masters are presently being restricted from visiting and living in ‘their second home’; the same home their forefathers and foremothers or their ancestor-relatives toiled, labored and died for while building or revolutionalising, Intersociety added.

The United States Government, therefore, must rewind and avoid joining forces of darkness against the Nigerian People; as its latest move or decision is nothing short of engaging in an abominable act of forceful separation of a breast-feeding mother from her infant child. It is historically correct and indisputable that the modern America (coined from the name of an Italian explorer, Amerigo Vespucci: 1454-1512) had its birth and agrarian and industrial revolutions rooted in animist Africa of black complexion; particularly from 1441AD when the Atlantic Slave Trade started, reaching its peak in 18th and 19th centuries.

Dominant among the African-American founders of USA and its ancient agrarian and industrial revolutionaries are the Africans of ‘Nigerian roots’; dominated by the Igbo People and other mini nationalities of the River-lines. If rivers are to be God, then ‘Bonny River/Island in Igwe-Ocha (now in Port Harcourt), River Niger in mainland Igbo and ‘Lagos Lagoons’ representing the Yoruba and the Bini Nations shall be permanently worshipped and adored by modern Americans. As history of the Williams Family (tennis icons) in USA will never be complete without ‘Badagry in Lagos Nigeria’, the history of USA shall never be told in completeness without the roles of the River Niger, the Bonny River/Island and the Lagos Lagoons in Nigeria.

The US citizenship ties with ‘the first-born’ Nigerians are so tight and inseparable that for instance, ‘in every 10% of the present American black population, more than one percent has Igbo root”. The American histories and monuments showing these are presently found right, left and center across the country. One of such is the ‘Igbo (Ebo) Landing (Suicide of May 1803) Site located at Dunbar Creek on St. Simons Island, Glynn County, Georgia in USA and its cleansing rites performed in 2002. Presently, there are between 35,000 and 40, 000 Nigerian scholars living and working in the United States; pumping billions of dollars annually into US economy.

Further, the action of the Government of United States is a clear act of abandoning Nigerians particularly the estimated 30m traumatized and persecuted Northern Christians and over 90m sedentary and traveler citizens of the old Eastern Nigeria who have since mid 2015 been facing structural, physical and cultural violence from the present Government of Nigeria and its non state actor violent or militant allies. Even among the Hausa-Fulani Populations, majority are law abiding citizens with liberal or moderate religious practices and tolerations. In the Yoruba Nation, too, many, if not most of them, both Muslims, Christians and Animists, are law abiding and ethno-religiously nonviolent.

Granted that there are estimated 10m-11m illegal immigrants presently living in the United States; granted, too, that US has local and international rights to safeguard its citizens and territory against locus of aliens or illegal immigrants and activities of ‘rogue states’ and their non state actor ‘comrades-at-terrorism’, but such policies must not be designed to hurt innocent others particularly the fore-children and fore-relatives of the founders of America rooted in Nigeria. This is more so when America has always been defined as “a melting pot where good people from all walks of life freely come and be melted into the American melting pot and reformed to become African Americans, Chinese Americans, German Americans, Arab Americans, Jewish Americans, Igbo Americans, Indian Americans, etc”.

The present US Government must also not allow a land flowing with milk, honey and hopes to become a land flowing with rejection, discrimination, isolation and sadism, Emeka Umeagbalasi, Intersociety Boss counseled. Friendly and historically Afro-American rooted nationals wishing to live and work in America shall be allowed to do so provided they fulfill all the legal or immigration conditions domiciled or domesticated in USA. Specifically, America must not shut its doors against persecuted Christians of Northern Nigeria and structurally, culturally and physically persecuted and discriminated citizens of the old Eastern Nigeria, Umeagbalasi added.

The US Government is therefore called upon to go back to its drawing board for purpose of rewinding and reversing its latest inoperable decision and policy. The Trump Administration must also not end up issuing the Government of Nigeria and its allied non state actor violent entities a sort of license to turn Nigeria into situation of complex humanitarian emergencies; as if erupted, the humanitarian consequences and social catastrophes will overpower the US Government’s ‘global police watchdog’. In other words, the Government of USA, the EU and the UN System put together, can never manage the humanitarian crises involving over 200m people in the event of eruption of complex violent conflict.

Worryingly, the greatest undoing of the US Government pronouncement is that it will have psychological and physical catastrophic consequences on the collective and individual character and image of Nigerians particularly at international borders. Though the ban did not include those traveling to US for exchange programs, studies, medical trips, tourism and holidays, business, academic and diplomatic engagements, etc; but pronouncing the entire Nigerian population not fit to live and work in USA is giving them a ‘leper tag’ across borders.

It follows that one who cannot legitimately live and work in a country is technically not fit to visit and go to same or any other with dignity. By extension, too, every Nigerian citizen crossing international borders with Nigerian Passport is ‘a potential terrorist’ or ‘international criminal’. Even if he or she is not openly called so, he or she is deemed so. These are just to mention but few consequences of the Trump Administration’s pronouncement on Nigerians. The Trump Administration is hereby called upon to rescind its latest decision as it is targeting the wrong and innocent ones and canonizing the ‘rogue’ ones.

Attached is the link to the Voice of America (VOA)’s NIGHTLINE AFRICA interview granted on the issue yesterday, 1st Feb 2020 by Emeka Umeagbalasi, Chair of the Board of Intersociety: https://www.voanews.com/episode/nightline-africa-4160276