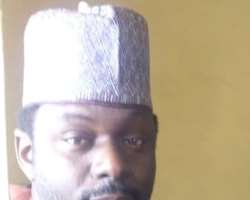 The Kano Zonal Office of the Economic and Financial Crimes Commission, (EFCC) has arraigned one a former staff of a new generation bank, Shehu Muhammad Aliyu and his wife, Ramatu Abdullahi before Justice Nasiru Saminu of the Kano State High Court for conspiracy and obtaining by false pretence.

The first defendant, Aliyu, an account officer in the bank, allegedly obtained loans through non-existent account holders, which he created by himself, purporting same to be staff of Aminu Kano Teaching Hospital, AKTH, Kano State, by presenting AKTH documents which turned out to have been forged.

Investigation further revealed that his wife's account was used to deposit part of the loan sum.

Count one reads: “That you, Shehu Muhammad Aliyu, Baba Abba Sambo (now at large), Ramatu Abdullahi and Hadiza Sani (now at large) sometime in 2013 or thereabout at Kano, Kano State within the jurisdiction of this Honourable Court and with the intent to defraud, conspired among yourselves to do an illegal act to wit; obtaining money by false pretence and thereby committed an offence contrary to section 8(a) and punishable under section 1(3) of advance fee fraud and other related offences Act 2006.”

They pleaded not guilty to the charges.
In view of their plea, counsel for the EFCC, Zarami Mohammed, asked the court for a date for the commencement of trial.

Counsel for the defence, however, prayed the court to hear their bail applications.

Thereafter, Justice Saminu granted the first defendant bail in the sum of N1million with two reliable sureties in like sum.

The judge held that: “One of the sureties shall be a close relative of the defendant and should have a landed property within the jurisdiction of the court covered by a Certificate of Occupancy.

“The other surety, who shall be a civil servant of not less than grade level 13, should deposit his passport photograph with the court registrar after proper inspection.

“The second defendant, Ramatu Abdullah shall continue to enjoy the bail granted by the same court in her earlier appearance.”

The court further ordered that the first defendant should be remanded in prison pending the fulfilment of his bail conditions.