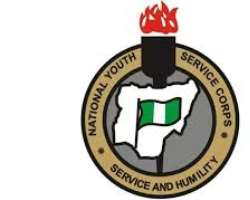 The National Youth Service Corps in Osun State has described the killing of a corps member serving in the state, Adebayo Mukaila who was shot by armed robbers as sad ocourence.

The NYSC Coordinator in the state, Mr Adegoke Ayodele Adewale said the incident has been reported to police and NYSC headquarters.

He said the family of the late corps member has been informed and that necessary arrangement has been made for his burial after autopsy.

The Nigerian Voice gathered that Mukaila was shot dead by two armed robbers that attacked him in his shop in Osogbo, the state capital.

The deceased corps members who was selling recharge cards owned a a container shop at Omo-west street near the NYSC Secretariat.

Residents of the area said Mukaila was robbed after closing his shop around 11pm on Tuesday. The robber stole recharge cards and money after killing the young man.