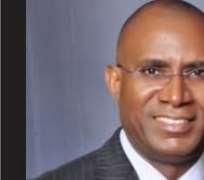 The court also declared Omo-Agege’s election as Senator and Deputy Senate President as valid and not in violation of the law.

The judgment delivered on Wednesday by the FCT High Court sitting in Bwari Abuja presided over by Justice Othman Musa, declared that Senator Omo-Agege was not a convict nor convicted by any court in California, the United States of America.

The court noted that charges against the lawmaker were dismissed by a Superior Court of California, County of Los Angeles presided over by Justice Lance .A.Ito, stating that he is not under any indictment known to law.

The Court went further to declare that the suspension meted to Sen. Omo Agege by the State Bar Court of the state of California does not amount to an indictment or conviction known to law but a professional disciplinary proceeding predicated on a charge dismissed by the Superior court of California, for which Omo Agege was discharged and acquitted.

Concluding, the Judge described the action-filled by the plaintiff (an anti-Corruption movement, Patriotic Youth Organization) as a new year hamper filled with defamation, reckless and uninvestigated allegation of conviction against a defendant holding a sacred and highly placed office, which serves the nation home and abroad and awarded one million naira in favour of Sen. Omo-Agege.