AMOTEKUN: Malami’s too many ‘illegalities’ 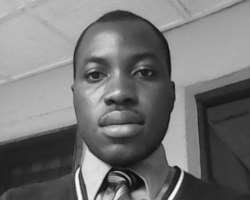 Indisputably, the indigenous security outfit set up by state governors of the southwest geopolitical zone, Amoketun was birthed by the alarming insecurity in the country. By the constitution, the President is the chief security officer of the nation. The ‘chief’ which is synonymous with principal suggests there are subordinates. Perceptively, governors are sub-chief security officers in their respective states. It is comparable to Inspector-General of Police and the Commissioners of Police in various Commands.

Over the years, communities set up vigilante groups to complement the conventional security agencies in protecting the environments. No sane persons will fold the hands to be waiting for Police that are insufficient and under-equipped. Evidently, many villages in the country don’t have ordinary Police Post let alone equipping them adequately. In other words, majority of the masses are actually on their own. Hence, complementing the conventional security agencies becomes germane.

The Attorney-General of the Federation/Minister of Justice, Abubarka Malami recently declared Amoketun illegal despite the fact that a religious police, HISBAR has existed in the north since 2003 without such objection. Or is it probable that Malami is a religious and ethnic bigot who is merely influenced by personal interests? For about 5 years Malami has been in office as AGF, not even once had he condemned any atrocities from his region or religion.

Since 2015 President Muhammadu Buhari’s administration was inaugurated, thousands of innocent citizens across many states have lost their lives to Fulani herdsmen attacks. Their records are not different from Boko Haram insurgencies. Most of the incidents occurred at midnight when their victims were asleep. These extremists were always armed with cutlasses and lethal weapons including AK47 guns. The rebels are callous to the extent that ambushing a whole village doesn’t take them anything. As a matter of fact, they have reduced human beings to cows, goats and rams that are slaughtered cheaply in abattoirs.

Churches are not left out. Worshippers in churches had been ambushed and massacred many times even while in night vigils. Peoples’ farmlands are repeatedly destroyed with impunity, and nothing has happened. Ordinary condemnations from the federal government are rarely made. Recently, a chairman of Christian Association of Nigeria (CAN), Lawal Andimi was gruesomely murdered. Yet, the office of the Attorney-General of the Federation/Minister of Justice maintains usual silence.

In many occasions, the Miyetti-Allah Cattle Breeders Association had openly claimed responsibility of homicides and threatened to do more except given free access to other peoples’ farmlands for cattle-rearing. The most painful aspect is that ordinary arrests are seldom done not to talk about arraignment in the court. Consequently, citizens live in fears in their own lands while herdsmen are shielded and portrayed as lords to their victims. Recently, the group charged southwest to dump Amotekun or forget 2023 presidency.

Of course, by the composition of the security chiefs to favour the northern region against federal character in the nation’s constitution, no one should be shocked to encounter such outrageous developments.

Recently, Omoleye Sowore was eventually released from unlawful detention after a court granted him bail even with stringent conditions which he met but federal government ignored the court orders. Luck also came to the way of former NSA, Sambo Dasuki as he benefitted from the ‘largesse’ by being released too possibly to balance the calculation.

Not a simple apology was tendered by Malami over such monumental blunders, instead he boldly professed he ordered their release out of self-pity and discretion. It means Malami as the AGF exercises superior powers to override orders of the court on perceived ‘illegalities’. Or will court rulings unfavourable to the government amount to illegalities and to be righted by AGF? This is indeed absurd in a democracy and must be condemned.

Similarly, under Malami, the law graduates of National Open University of Nigeria (NOUN) have continued to be roaming the streets after qualifying for admission into the Nigerian Law School despite President Buhari’s assent to the NOUN (Amendment) Act to resolve the crisis. By the Council of Legal Education Act, the Attorney-General of the Federation/Minister of Justice gives directives to the Council.

The exposed gimmicks so far leave much to be desired from the chief law officer of the federal government. A law officer mustn’t only be officially qualified but ethically sound too. Unbelievably, Malami covertly urged a court to dismiss NOUN law graduates’ applications as ineligible for admission into the law school. Impliedly, Malami declared NOUN ‘an illegal institution’. At the same time, artfully hosting and cajoling the graduates to opt out of litigation with assurances to resolve it speedily. Immediately the matter became statute-barred, Malami showed his true colour and dumped them.

Luckily, Buhari later gave assent to the Amendment Act, thereby remedied the claimed controversial clause. All these show that detractors of the government are not outsiders. Many times, allegations suggest that some insiders are possibly sponsoring insecurity in the country for selfish interests. By the outbursts from some quarters over setting up of Amotekun to complement the orthodox security agencies, believably, some powerful persons have skeletons in their cupboards. The herdsmen overindulgences indicate that some ‘powerful’ persons are sponsoring and shielding them from justice.

Sensibly, what is needed is to ensure that Amotekun collaborates with national security agencies. That’s esprit de corps. But to hurriedly declare it illegal is not only a drift but a bunkum. Emphatically, state governments have a duty to secure citizens in their respective states. Even local governments and villages have a duty to secure their environments too. In most well-to-do homes, security guards are deployed to secure the families. Could that be declared illegal too?

Of course, suspects apprehended by the neighbourhood watch must be handed over to the Police for prosecution accordingly. No sensible person will watch how citizens particularly Christians and southerners are murdered, butchered uncontrollably every now and then, and condemn the robust ideas by southwest state governments. In fact, other geopolitical zones should urgently think outside the box too.

Interestingly, positive minds have zeroed Malami’s action. The Vice President, Prof Yemi Osinbajo is commended for intervention. However, it must be noted that everything has an expiry date. Time has come to end terrorizations and killings of citizens by bloodthirsty-herdsmen and criminal elements. Thus, Amotekun has come to stay. No amount of hostility will abort the gallant initiative.