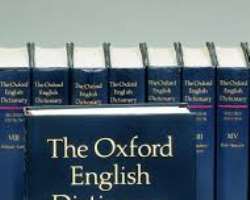 In 1066, the Normans led by the then Prince William the Conqueror then known as the Duke of Normandy invaded English around the December period. The Duke who was very close to the then King Edward the confessor claimed that the latter promised him the throne of England. He went to say that King Harold usurped the throne and that he had to take what was rightfully his. William won the battle which left Harold dead. On Christmas Day that same year, he was crowned King of England.

King William was a French man and the English language as a result had many borrowed words from the French language. The language of the court was French with English being relegated to the status of Pidgin which was spoken among the lowest class in the societal strata.

The cultural nationalism became fervent under the reign of Queen Elizabeth I also known as the Virgin Queen. The Spanish Armada was defeated in the famous battle of 1588 and the English Navy under the leadership of Sir Francis Drake who famously sailed round the world as the first man to do so started acquiring colonial territories from all parts of the world. The likes of William Shakespeare who blossomed during that period is arguably the largest contributor to the language and it replaced French as the language of the court. The once condemned language was massively exported around the world with the English empire being the world’s largest.

With the passage of time, these conquered countries began to infuse their own local dialects with the English language. This practice known as coinage was not acceptable to the ‘Masters’ of the language and it was condemned as ‘Bad English.’

This shows that Nigeria despite her challenges is of interest to the owners of the language and can only be ignored at the peril of the erstwhile colonial masters. This is really good news as Nigerian English is now finally being exported all over the world. An age-long aphorism in the ‘Giant of Africa’ goes thus: ‘Nigeria no dey carry last.’ This is shown in the recent recognition by the world renowned dictionary.

Professor Chinua Achebe made an assertion shortly after independence that he wasn’t going to write in the vernacular but use the English language to suit himself and his readers. His assertions have now become reality as the tag ‘Nigerian English’ is fast becoming diffused.

The status of Pidgin English language may soon be elevated to the status of an international language given the propensity for Nigerians to travel and they are arguably the largest Africans resident in the Diaspora. The United Kingdom is fast becoming a multicultural melting point and may be pressured by the exigencies to accept Nigerian pidgin as a global tongue.

This recent dictionary inclusion will make the owners of the language take more than a passing interest in Nigerian English since they now have to grapple with new words that they have never heard about before.

It will be fun if one goes to the UK and asks a passerby for where he can get the nearest Okada. The look on the face of the latter will give the former to say ‘So you don’t speak Good English?’ A famished Nigerian will ask his or her colleague for where he can find a Buka. The surprised look on the face of the colleague will give a lot of content to the likes of Basket mouth and Bovi to dish out some rib cracking jokes. Power has indeed been shifted through the strength of globalization.

We hope that more Nigerian lexicons can make its way into the foreign dictionaries especially Oxford which has pioneered this bold move. There is indeed something good to cheer about after the gloom of reading about the scandals by a few misguided citizens in the Diaspora.

The commencement of this new decade has brought about some good tidings. It will only get better with the passage of time.