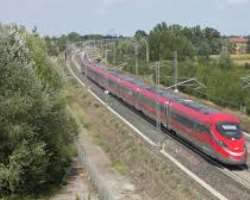 Foremost rail advocacy body in Africa,the African Railway Roundtable has called on President Cyril Ramaphosa of South Africa to declare 'a decade of African railway' as soon as he takes over the chairmanship of the African Union next month.

The ARR in a statement signed by its Executive Director,Olawale Rasheed tasked President Ramaphosa to initiate the declaration process to fast track harmonisation of railway development efforts and a more speedy approach to the implementation of the African High Speed rail project.

"As President Ramaphosa takes over the AU chairmanship this February,we urge him to declare this decade an era of railway revitalisation,expansion and harmonisation of technical assets across Africa.We appeal to Mr President to declare as a major plank of his tenure,the conscious convergence of railway policy covering freight,passenger and intermodal services.

"Presently,several African nations are passionately developing their national railway lines.Many countries are borrowing heavily.Many are struggling on national treasury limitation.There is little or nothing on technical harmonisation.The continental High speed rail project is shrouded in mystery.Most African nations have no national railway policy and strategy.

"Railway is so critical to Africa escaping the under-develooment trap.Africans are kept apart so deeply due to transportation hicupps.With continental free trade agreement ,railway will ease movement of goods and services.If there is anything that should bother African leaders now ,it should be railway expansion and modernisation.

"We urge a declaration of a near uniform continental railway policy and the creation of African Railway Union.President Ramaphosa should energise the high speed rail project and ensure direct mobilisation of national railway agencies and stakeholders to support the initiative.",the statement noted.

According to the ARR statement,the group said it is despatching a well articulated presentation to President Ramaphosa on this subject ,calling for a continental approval and adoption of the Luxembourg protocol on mobile equipment to provide permanent solution to railway financing challenges on the continent.

" We are sending our submission to President Ramaphosa as the next Chairman of African Union. A decade of African railway should be declared the first day of his assumption of office",the statement concluded.