Femi Fani-Kayode: The Demand For Zoning By The North 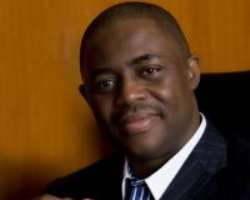 It is no longer news that 150 distinguished leaders and elders from the northern region of Nigeria met last week and insisted that power must be zoned back to the north by next year and warned President Goodluck Jonathan and any other southern aspirant that may be interested in running for the Presidency not to do.

They insist that the Presidency was zoned to the north through the auspices of an earlier agreement with President Obasanjo and that this agreement must not, under any circumstances, be tampered with by anyone. It is fair to note at this point that Obasanjo has denied that such an agreement was ever entered into and he maintains that it is the constitutional right of every Nigerian to run for that exalted office at any time that they choose to do so. The northern leaders are however having none of that and they concluded their statement by saying that this ''zoning'' arrangement and principle must be honoured and maintained and they have threatened that if this is not done and they do not have their way it would have dire implications and consequences for democracy in Nigeria and the stability of the country. My position on this current and burning issue is as follows. I say a big No to zoning and big YES to justice, equity, honesty, fairness and true democracy.

I believe that we should allow anyone from ANY part of the country who wishes to contest for any elective position, including the Presidency, to go ahead and do so. My view is that this nation cannot be bound or held down by some unwritten, unconfirmed, underhand, invisible, outdated, antedelluvian, subterrannean and hotly disputed so-called ''gentleman's agreement'' which was purportedly entered into by a handful of faceless people from just one of the poltical parties which does not even have the backing of the Nigerian constitution. And neither can the aspirations, the will, the ambitions, the desires and the aspirations of over 150 million Nigerian people, from both north and south, be supressed, ignored, downplayed and thwarted by a tiny regional cabal of former public office holders and civil servants who claim to be speaking for the whole of the north but who, in actual fact, are only speaking for themselves.

In the 50 years since we gained our independence from the British in 1960 the north has ruled the country for 38 years whilst the south has only ruled it for 11 years and 9 months. And in all those 50 years NO son or daughter of the Niger-Delta area had EVER ruled the country before until the divine hand of God and providence brought President Goodluck Jonathan to the throne just a few months ago. And now a handful of people from the north are demanding that he should not run next year and that he should step down and simply ensure that another northerner succeedes him.

I believe that this is most unfair and I believe that that same divine hand that guided and lead Jonathan to where he is today will, through the voices, the votes and the freely expressed will of the people of Nigeria see him through and give him the victory should he decide to run for the Presidency next year. He will certainly have my support and my vote if he runs. The days of gaining political power by a base and dangerous appeal to primordial and ethnic sentiments and retrogressive and anachronistic means and mechanisms like ''zoning'' are long over. This is 2010 and not 1999.......let all those that are interested in running for political office enter the field and get into the fray and at the end of the day let the best man win. That is democracy. As for the 150 ''leaders'' of the north, as far as I am concerned they are best ignored.

Chief Femi Fani-Kayode was a former Special Adviser to Chief Olusegun Obasanjo, and later Minister of Aviation under Obasanjo leadership. He is currently aspiring as Governor of Osun State in 2011.