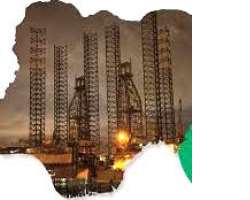 On Friday, the English Commercial Court ruled in favour of P&ID, and against the Nigerian Government.

The following statement can be attributed to P&ID:
“This decision is another victory in favour of P&ID as it continues efforts to compel the Nigerian Government to comply with its legal obligations to pay damages to P&ID – as has already been ordered by the English Court.

“The ruling means that Nigeria must now justify its multi-year delay in challenging the Award at a special hearing to take place before this summer, failing which it will be barred from raising its allegations of fraud before the English Court.

“Nigeria’s defeat in court comes after the English Court of Appeal on Monday rejected Nigeria’s attempts to delay its appeal by including claims of fraud. The Rt. Hon. Lord Justice Flaux stated that Nigeria’s application was “misconceived”.

“P&ID urges the Buhari Administration to abandon its ill-fated attempts to avoid its legal responsibilities through the sham EFCC investigation targeting innocents – a campaign which Nigeria only launched in reaction to its previous defeats before the Tribunal and the English Court – and instead, accept the reality of the Arbitration Tribunal Award in favour of P&ID, and the decisions of the English Court.”

Timeline of P&ID Award and Enforcement
In a raection to P&ID assertion above, a spokesperson for the Attorney General of the Federation said:

“The Federal Republic of Nigeria yesterday appeared in the English High Court for a scheduled case management conference (CMC). The CMC was held for the Court to decide procedural issues relating to our application to set aside the arbitral award on the basis that it was procured by fraud and corruption.

A timetable has now been fixed for a hearing to decide if our application can be brought outside the normal time limits.

This is another positive milestone in the Federation's fight to overturn this award.

Based on new and credible evidence discovered by the Economic and Financial Crimes Commission (EFCC) - referred to in court as “seismic” – it is increasingly clear that this was a highly orchestrated scam, involving a cover-up by ministers at the highest levels of office in the previous administration. These officials, who were entrusted to safeguard the future and assets of Nigeria, knowingly entered into the sham GSPA, and deliberately failed to defend the Federation in the ensuing arbitral proceedings.

It is telling that to date P&ID have said nothing to rebut these allegations of fraud.

These issues will now be before the Court to consider in relation to the Federation's challenge to this award.”