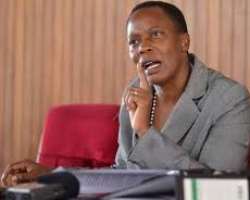 Today, I've read a very moving narrative about Dr.Kiiza Besigye by Hon. Beti Nambooze. She brought home Besigye's ''holocaust'' to a personal level.It's very clear that the damages from such extreme violence by state agents, is really not over for any who suffered. Even their children and perhaps their grand children.

I have not suffered like Besigye, Nambooze and others in the struggle at home, as I've spent most of my adult life in England.My memory of Uganda,before I left, is full of some happiness.I was a boy before I left, and my grandfather was constantly taking care of me like one big family. Although I lived with some hardship in my childhood, I recall those times with fondness. I guess most of us do.

However, the videos and news we get online from Uganda, recently, are grim. It paints most of the human race as a vicious species. And, justifiably so--the once oppressed have become the oppressors. It could even be said that Uganda is a small model of Africa at large, something I chose for most of my life not to believe. The world has been beset by uncountable revolutions,both violent and even silent. The violent ones are often the result of ambitious generals or religious fundamentalism.

I'm not surprised that Besigye is now recongnised worldwide as the most arrested person in history-- he has gone through so much. He is still handsome though Hon.Nambooze doesn't believe so--Age,constant arrests and teargas take its toll. He has been subjected to what some religious people might term an "intense period of learning". I personally have little idea of the workings of this universe. I think people who go through suffering for a long time often have an intense idealized yearning for a place where they felt safe and happy. For Besigye, this place is only Uganda, and that's why he,probably, keeps doing whatever he's doing, till when he will run out of gas. Otherwise, a normal person would have given up by now.I can't see anybody in the current crop of Uganda politicians consistently doing what Besigye has been doing for years--Its literally impossible.

I know that I don't have any words that could comfort him for losing his brother through a struggle. I won't try. But he has my best wishes and prayers. For me, I am sure he still has a big role to play in Uganda politics,even, at 60 years old.Who knows-- he may remove Museveni through defiance, and become president before or after 2021?