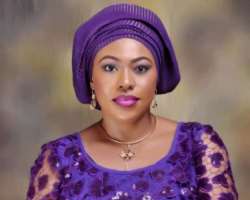 Yesterday, the 22nd day of January, 2020, in what appeared to be a unification outing, Leaders and Members of the All Progressive Congress, APC in Imo state gathered at Isiala Mbano Central School in solidarity for Princess Miriam Onuoha, the candidate of the APC for Okigwe North Federal Constituency rerun come 25th, January 2020.

It will be recalled that on September 18 2019, the election petition tribunal sitting in Owerri quashed the election declaring the incumbent Hon. Obinna Onwubuariri of the People's Democratic Party, and ordered that the Independent National Electoral Commission, INEC to conducts a rerun within 90 days. Hon. Onwubuariri who went ahead to appeal the judgement delivered by the tribunal did not secure victory as the court of appeal upheld the decision earlier taken by the election petition tribunal on the stance of gross misconduct, mutilation, & violence. The rerun has long been scheduled to take place this saturday, 25th January across wards and polling unit in Onuimo/Okigwe/Isiala Mbano federal constituency & yesterday was a grand rally that featured His Excellency, Distinguished Sen. Hope Uzodinma, the Executive Governor of Imo state, Sen. Rochas Okorocha, the Senator representing Imo West Senatorial district in the red chambers of the National Assembly, Sen. Ifeanyi Ararume, the Candidate of the 2019 All Progressive Grand Alliance, APGA for Imo Guber , Ugwumba Uche Nwosu, Hon. Ugonna Ozuruigbo and others.