Describe charges against them as draconian
By Civil Liberties Organization, SouthEast 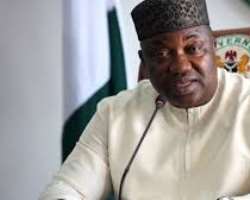 The Civil Liberties Organisation, CLO, South East Zone is to say the least shocked over the harsh charges and subsequent remand in prison custody handed to eight citizens of Enugu State who were arrested by the police on January 17, 2020 at Orba,Udenu local government area while on a peaceful protest over the alleged imposition of Mr Patrick Omeje as the PDP candidate for Nsukka LGA in the coming local government election.

The peaceful protesters were said to have carried mock coffin inscribed with Omeje’s nickname –Okigbo/Atikpa, and protested round different parts of the council area in Nsukka before attempting to proceed to Udenu , the country home of Governor Ifeanyi Ugwuanyi to also register their grievances.

Police were said to have arrested the protesters, seized the mock coffin, detained them at the station before they were moved to the State CID later in the evening.

To the consternation of all, eight of the protesters were arraigned later in an Enugu North magistrate court and slammed with charges bordering on ‘felony and promoting native war’ and subsequently remanded in prison custody.

To start with, the laws of the federation as embedded in the Constitution of the Federal Republic of Nigeria gives room for dissenting voices to be heard through the instruments of peaceful protest and Assembly.

Those who feel aggrieved over a democratic process have the inalienable right to seek redress in court or ventilate their anger through a peaceful protest in the first instance to register their grievances.

The CLO commends the state government for adopting a people’s consultative approach and consensus arrangement in choosing candidates for elective posts. But in situations where it becomes difficult to reach a consensus agreement on choices, there should not be any delay in conducting a free, fair and transparent primaries for the contending aspirants so that whoever emerges winner under such primaries be allowed to fly the party flag and test his popularity at the polls.

Local government election is the most grassroots based election, the elected chairmen and councilors are supposed to be nearest to the people, accessible and grassroots oriented. In electing them into office, there should be no room for imposition, blocking of interested aspirants from accessing the required documents for filing in the election, choosing of an anointed candidate ahead of the game or giving any person undue advantage over another interested person.

Those who felt aggrieved over the choice of Omeje for the Nsukka LGA chairmanship have the right to protest within the ambit of the law and in no violent manner.

To arrest them while doing that instead of giving them guided protection was wrong on the part of the law enforcement agents. To arraign them in court with serious charges bordering on felony when they didn’t bear arms or commit any capital offence is an over-kill. It amounts to killing a fly with a sledge hammer.

Such charges leveled against them are draconian and sets a very wrong precedence in Enugu state, a state whose governor enjoys tremendous goodwill from the people who gave him an overwhelming support during the polls.

Protesters in Nigeria carried mock coffins and other derogatory inscriptions against a sitting president of the country- Dr Goodluck Jonathan but they were not hounded into detention or thrown into jail.

Democratic ethos and principles should not be stifled in Enugu State for no reason whatsoever while those who are interested in occupying political offices should also desist from desperation and resort to incitement while venting their feelings.

We call for the unconditional release of the eight suspects detained over this matter so that they can go home and reunite with their family members.

We also urge all concerned in Enugu State to desist from any form of violence both in this preparatory stage and on the actual local government election day on February 29, 2020.

Let peace profound reign in Enugu State through justice and doing the right things at all times.