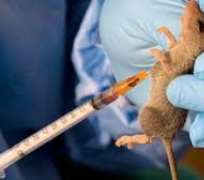 Five days after Delta state government announced the outbreak of the deadly Lassa Fever disease in some states of the federation, the dreaded virus has stormed the state, hiting a serving member of the National Youth Service Corps (NYSC), serving in Asaba, Oshimili South local government area of the state.

There is currently pandemonium in Asaba, especially Corper's lodge in Oshimili South over the resurgence of the killer Virus.

The victim simply identified as Yinka, took ill as efforts made by colleagues to ensure that the corps member recovers failed before he was rushed to the Federal Medical Centre (FMC), Asaba.

It was learnt Monday that after the confirmation that it was the Lassa Fever virus, the victim was referred to Irrua Specialist Hospital, Edo state.

A source who don't want the name on print, explained that Yinka fell sick on Wednesday last week in their lodge and was brought to FMC on Friday..

"Yinka fell sick since Wednesday last week, but we were buying drugs thinking it was just malaria and will be okay, but he wasn't getting better and his eyes were changing, his body also started changing to white as if it is harmattan but it was not, even his urine was dark in colour. So, on Friday we decided to take him to FMC, Asaba.

"After series of tests, it was confirmed that it is Lassa Fever and was taken to Edo state yesterday (Monday)", the source explained.

The NYSC state Coordinator, Mrs. Olutayo Samuel, who confirmed the incident, said the affected corp member has been transferred to a specialist hospital in Edo State.

"My brother, sorry I am in a meeting. As per the question you asked, the corps member have been stabilized and transferred to a specialist hospital"

All efforts made to reach the State Commissioner for health, Dr. Mordi Ononye and the Chief Medical Director FMC, Dr. Victor Osiatuma were unsuccessful.