When will Nigeria undo the folded lie? 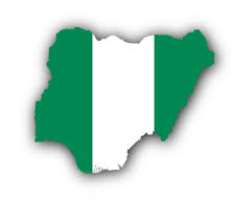 I sit in one of the dives
On Fifty-second Street
Uncertain and afraid
As the clever hopes expire
Of a low dishonest decade:
Waves of anger and fear
Circulate over the bright
And darkened lands of the earth,
Obsessing our private lives;
The unmentionable odour of death
Offends the September night.

All I have is a voice
To undo the folded lie,
The romantic lie in the brain
Of the sensual man-in-the-street
And the lie of Authority
Whose buildings grope the sky:
There is no such thing as the State
And no one exists alone;
Hunger allows no choice
To the citizen or the police;
We must love one another or die...
From Another Time by W. H. Auden

Have you been part of conversations, dialogue, meetings, treaties about Nigeria with fellow Nigerians; we lament, we vent, we debate and never seem to agree on the way forward? Who is right or who is responsible, we 'tribalize, 'ethnicize' and faithicize' every conversation, we don't even know where we got it wrong, where the rain started to fall, or where it literally started drenching us. There are the 'we and them', and the 'them and us'!

And after all said and done, there are two of many consolations, first, "God will help us", and secondly, "we will get there". My question then; where is there for Nigeria, have we started going there, how close or far are we, where are we really going?

2019 was a year of intentionality and decisiveness towards growth, a quest for knowledge and discovery of passion...but Nigeria was lagging behind, enmeshed in unnecessary squabbles, though I dare say that a few of the macabre dances are all part of some form of growth. This year we have not started any better, either we all have become expert legal minds dissecting the Supreme Court ruling on Imo state or we are now experts on "amotekun" and community policing.

Meanwhile on Wednesday, 15 January, China and the United States agreed to suspend their full-scale trade war. From February 2018, the United States placed tariffs on Chinese goods that entered the US market, and then China retaliated. This tit-for-tat game continued for almost two years, causing massive disruption in the global value chain. In October 2019, the International Monetary Fund's G-20 Surveillance Note reported that the global GDP suffered by a 0.8% drop merely because of the tariffs on goods such as aluminium, steel, soybeans, and car parts between the United States and China. Western attacks on Chinese 5G technology – and on the tech firm Huawei – are part of the pressure on China to buckle before the US-led order. But China did not bend. As a prelude to the 'phase one' deal, the United State Treasury Department stopped calling China a 'currency manipulator', a term that has haunted China's for decades.

News of a potential trade deal immediately moved the International Monetary Fund to revise its 2020 growth forecast for China from 5.8% to 6%. US Treasury Secretary Steven Mnuchin said that the GDP numbers for the United States would be boosted to 2.5% for 2020 (though the IMF continues to predict a 1.9% GDP for the United States).

I am sure that a sizable number of my readers may have become bored, and herein lies my admonition, a lot above might make absolutely no sense to the average Nigeria, but the fact is that in there lies all the sense, with the question where is Nigeria going to, where do we feature in international politics and relations, with our population what exactly is the game plane. Beyond the ethno divided rhetoric and threats from every section, deepening crisis occasioned by deep seethed hatred, where are we going?

This is China, the same China we despised years ago, China that like Americans we derided, are now so much part of the global economy, her actions and inactions affecting the world, they set a target, there was a where for them, and they worked towards it, unfolding the lies that they could not get there; today China is not there, but they are going somewhere.

We are a nation that fear mongering has become a national pastime such that we forget the basics, China this China that, this same China is just 'technically a decade older than us, gained independence in 1949, Malaysia is 1957 and Singapore…put in perspective these nations are our contemporaries. I am not talking about Botswana, Mauritius and co.

Singapore for example, having gained independence from the British Empire in 1963 by joining Malaysia along with Sabah and Sarawak, she separated two years later over ideological differences, becoming a fully sovereign state in 1965. After early years of turbulence and despite lacking natural resources and a hinterland, the nation developed rapidly as an Asian Tiger economy, based on external trade and its workforce.

The city-state is classified as an Alpha+ global city, indicating its influence on the global economy. Singapore is the only country in Asia with an AAA sovereign rating from all major rating agencies, and one of 11 worldwide. Singapore is a highly developed country and is ranked 9th on the UN Human Development Index, with the 7th highest GDP per capita in the world. Singapore is placed highly in key social indicators: education, healthcare, quality of life, personal safety and housing, with a home-ownership rate of 90%. Singaporeans enjoy one of the world's longest life expectancy and one of the lowest infant mortality rates in the world. As of 2019, Singaporean citizens had visa-free or visa-on-arrival access to 189 countries and territories, ranking the Singaporean passport 1st in the world, tied with Japan.

How about Botswana, she gained independence from Britain in 1966. At the time, Botswana was an extremely poor country. Today, Poverty levels declined to approximately10.6% in 2019. Botswana is one of the safest countries in Africa and travelers might only encounter petty crime.

Botswana's success is closely linked to its strong political and economic institutions, which have made the Sub-Saharan country the most prosperous nation of the region.

On the economic side, Botswana is the second freest economy in Africa (only surpassed by Mauritius). It has a sensible regulatory environment and a reasonable rule of law. This facilitates the conduct of business and encourages foreign investments. In addition, trade barriers are relatively low while successive governments have managed to keep public finances under control

For Nigeria to grow, it is time to go back to the drawing board. Though that board is full of scattered sketches, we have our hands full. There is no lack in persons, needed to galvanize Nigerians in averting an even darker year and decade. And to get them, will require looking beyond immediate self-interest. Something the current crop are not exceptional good at, there is need for a moral framework that includes empathy for people who do not look like us, and for the generations that will come after us.

Contestations will continue; instability will remain. 'Chaos and disorder', will be the way ahead, but we need to quickly define there, so that we can undo the folded lie that Nigeria is doomed; when—Only time will tell.