Who really are the Marlians? 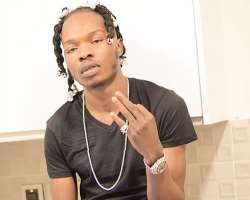 He got to the peak when he was arrested by the Economic and Financial Crimes Commission (EFCC) in 2019 alongside another popular artiste, Zlatan Ibile for alleged cyber crime fraud. He was released after spending some time in the EFCC custody and went on to release soapy after his release from custody.

He has released more hit songs like ‘Japa’, ‘Am I a yahoo boy?’, ‘Opoloyi’, ‘Mafo’, ‘Puta’, ‘Tesumole’ which has put him on the lips of most Nigerian youths. The most popular two however are ‘Soapy’and ‘Tesumole.’

He recently declared himself as the President of the Marlian movement. This movement is made up of renegades and outlaws who abhor societal convention in their bid to stand out from the pack. We hear such things as ‘Marlians don’t greet’, ‘Marlians don’t graduate’, ‘Marlians sag their trousers’ etc.

The movement which is akin to a cult has found great acceptance by many Nigerian youths and the old alike as the numbers keep growing in leaps and bounds day by day. The likes of DJ Cuppy, Richard Mofe Damijo have proudly identified themselves as Marlians. A company in Lagos recently issued a memo saying that none of its employees should publicly identify as a Marlian or there will be dire consequences if they do so.

His biography shows that he graduated with a distinction in business from the Peckham academy and also went to Christ the King Sixth Form College where he completed a degree in business law.

If the crooner could place a high value on his education in a developed nation, one wonders why his followers prefer the creed of being a drop out without any identifiable plan to be useful to themselves and the society!

It is alarming that his music which passes no strong positive message is being accepted by all and sundry in the country. This is music which won’t be relevant two years from now and it has got everyone talking about it as though it is the ninth wonder of the world.

When interviewed, he listed the evergreen Jamaican born Bob Marley as one of his musical icons. In fact he partially named himself after the legendary artiste. Marley’s songs are still relevant despite the fact that he died about thirty-nine years ago. Why can’t he be positively influenced to produce songs that will last for ages to come? Why all the lewd lyrics and gibberish which he sings with so much relish?

One of the scars that my generation has to live with is the destruction of the educational sector by the military when they were in power. The public intellectuals and public opinion moulders all fled into exile and we were left with Lilliputians in the Ivory Towers. The materialism that followed ensured that values of hardwork and integrity were thrown overboard like a plague.

The glorification of vices like internet fraud, dating scams, money making rituals and other numerous vices which many Nigerians gladly embraced is now heavily reflecting on the music that is being produced and sadly exported outside the shores of the country. No wonder former British Prime Minister David Cameron called us ‘fantastically corrupt’. Who knows if he listened to any of the songs that our artistes sang?

The moral decadence needs to be urgently addressed and musicians are great agents of change in the society who can be positive non state actors. This is the reason why many of them end up as brand ambassadors for big brands and some even serve in the government. It is tragic that the likes of Naira Marley chose to use his negatively.

Why is the Nigerian Broadcasting Commission rather hypocritical in its manner of approach? Femi Anikulapo-Kuti’s ‘Bang, Bang, Bang’ was banned for lewd lyrics as well as that of Folarin Falana a.k.a Falz’s ‘This is Nigeria’ was also slammed by the sledge hammer of the NBC. Why the double standard?

Parents and sensible guardians should do all they can to shield their offspring from the negative influence from the likes of Naira Marley who will stop at nothing to merely trend.

It will be a monumental scandal for brands to make him an ambassador simply because of his mass appeal among the youths. Nigerians should respond by boycotting them as there is power in numbers.

We must collectively crush the marlian movement!
Tony Ademiluyi writes from Lagos and edits www.africanbard.com