A Paradox Of Two Generations 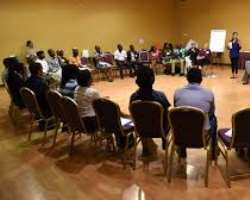 We have, unarguably, witnessed the arrival and exit of eras and generations. When the curtains drew on Nelson Mandela, tributes poured in torrentially. Amidst these tribulatory expressions, one immortal phrase stood large on our screen… The end of an era. Following this apt tribute, we believe in the unmoved reality of eras and times. Like the undefeated gladiator, in the legendary play, Spartacus, Crixus, gallantly asked in his warrior-like style, “shall I begin? Why not? A long time go, students were entrusted with teachers for knowledge transmission. This was so, considering the less proximity of the fewer schools or temples. Teachers, though, mostly priests at that time, both developed the moral conscience of their students and improved their job skills. No teacher – priest, in this long time ago story, trespassed the moral bounds at least according to the history of that period, despite the fact that there was no internet, camera or the modern CCTV. It would take a god to prove the case of rape or sexual molestation against anyone. Teachers maintained their stance in the eyes of the society, particularly, their students, who were beneficiaries of the knowledge. What an era, I guess? What a generation, you guess too? In the tech-era, where technology has narrowed down the society. We live in a police world; with the electronic eyes everywhere to monitor and capture possible offenders. Surprisingly, the criminal law (sexual offences) Act got toughened across nations as the societal conscience or symbol has become the hawk that swallows the girl-child and sometimes, the innocent boys. According to Irish Times, in the case of a female Irish teacher who had abused her student sexually, the learned judge submitted, you don’t have sex with people under the age of consent, especially, when you are a person in authority. He defined persons in authority as not exclusive to the parents but the teachers and others who have been charged with the welfare of children. In our current era and time, it will be disbelieving that a teacher could lure a two-year old to the toilet for defilement. In the previous era, the girl-child could stay with the teacher-priest for months, in the modern era, the child spends less than 10 hours, yet she comes home shattered and battered, someone has taken her thing.

We have, unarguably, witnessed the arrival and exit of eras and generations when the curtains drew on Chinua Achebe, tributes, in their usual styles, poured in like a vexed rain. Again, there was an expression that held us spellbound, an Iroko has fallen. Iroko, otherwise called Milicia excelsa. In the thirties, when this Nigerian novelist, poet, professor, and critic was born, there was barely a shadow of the conception of the worldwide web. He, like the others, had no access to public libraries. Their knowledge intensity and depth was as determined by them. School administrators saw no need for extended classes for them. By 1, at noon, or 2 at maximum, the bell would go and everyone would return home. In many scenarios, they would head for the farm to render assistance to their parents. Meanwhile, coaching centres, as we have them, now, were far from realization. No morning lesson or evening class. They held tight to their unflagging commitment, to be properly schooled and competitively knowledgeable. Their teachers were far, from being carriers of master’s degrees let alone Ph.D. Textbooks were not in large quantity due to the technology at that time. Armed with zeal, they would utilize every passing moment for knowledge. Each one of them was competing to read the same book, since, no other copy existed. Armed with a sense of mission, they did exploits. Conversely, in the techn era, where a flick on the phone could descend all materials on all subjects. The number of libraries has exponentially grown. To their advantage, evening classes are in their outburst; too many to list, not far but at a stone’s throw. Teachers, from prestigious universities, are readily with them. Time for farm is seldom heard, yet they have lowered the standard. With 180 or 200 score in the UTME, they become eligible for admission to the university. What a standfard? 200 out 400, little wonder, they only survive through their courses in the tertiary classes. According to a report from the Pew Research Centre in 2018, even, teens admit that they have a problem with their phones. Common sense media corroborates the research result, noting that, teens spend an average of nine hours a day on line. Interestingly, this is not an issue of the white or black, it is a global disease my era, as blessed as we are, we have turned our advantages against ourselves. If standard didn’t fall in their time, then, it should never fall in our time.