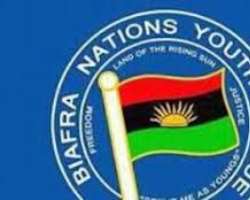 In a video published online by a pro-biafra media, BBS, the Cameroon activists confirmed that the BNYL is linked to the Ambazonia Governing Council, AGC.

The AGC controls the Ambazonia Defence Forces, the largest militant group operating within the border towns.

National Leader of BNYL, Princewill Chimezie Richard also appeared in the video backing the alliance. He said the Southern Cameroons and the people of Eastern Nigeria share a lot in common.

The Pro Biafra group appears to have spread its influences in the Bakassi Peninsula and some leaders in the region are backing the movement.