9th Senate And The Lagos Question 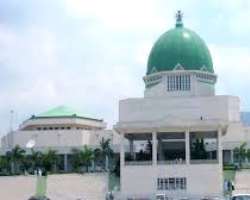 It is no longer news that a bill seeking for an Act to make special provision for Federal grants to Lagos State in recognition of its strategic socio-economic significance and other connected purposes was rejected by the 8thSenate.

The bill, which was then sponsored by Senator Oluremi Tinubu (Lagos Central), purportedly sparked huge uproars at the upper chamber that it took the frantic intervention of Senator Ike Ekweremadu who presided and had to bang the gavel a number of times to still fraying nerves.

Indeed, that was the second time that the said Bill would be experiencing stiff opposition at the upper chamber. Recall that it was earlier presented during the 7th Senate, but was turned down at the committee level on the ground that according Lagos such status should be a matter of political decision, which should be kept out of the Constitution. Thus, it could be said that with the 8th Senate, the bill made an appreciable progress. Though in the second instance, when the bill was eventually put into voice vote the nays obviously had the day.

From the tone of strong opposition to the bill in the previous Senate, the following could be inferred. First, it was supposed Lagos already had sufficient resources to take care of its needs. Second, tribal interplay was quite evident as senators who supported or opposed the bill did so in a manner that suggests tribal sentiment. Third, legal or constitutional constrain was a major issue. Fourth, political contemplation was equally a strong factor.

The truth, however, is that the need to accord a special status for Lagos is more of a national project. There is hardly any Nigerian that doesn’t have a stake in Lagos. A special federal grant for Lagos is, therefore, a necessary blueprint for the development of the country. Being the pane through which the whole world views the country, granting a special status to Lagos remains the best possible way to drive Nigeria's development as Lagos is the country's most industrialized city with needs that align with national growth and development.

On the position that Lagos State already has sufficient resources to meet its many needs, it is must be stressed that the population, cosmopolitan and commercial nature of Lagos put enormous pressure on its resources and infrastructure. Recent downturn in the national economy equally exerts further pressure on Lagos as it seen by many as a place that offers soccour for economic survival.

In-spite of its small landmass, Lagos is presently experiencing such phenomenal population explosion that it is being projected to be the largest megacity in the world by 2022. Many are of the view that, the city’s best possible population is 40 million. Whereas the annual population growth in the developing world is 3% and Nigeria’s is 2.7%, that of Lagos stands at a stunning 8% and it is likely to keep accelerating.

The state’s landmass is rather small by Nigerian standard (Kano State which officially has about the same population with Lagos is about four times in landmass). As if to aggravate the situation, a considerable part of the metropolis is covered by water, a situation that complicates its infrastructural needs.

The Lagos transformation project, no doubt, requires an enormous financial requirement, far beyond the capacity of the state government. Former Governor of the state, Mr. Babatunde Raji Fashola (SAN), once revealed that a sum of N6.14 Trillion was needed to build and upgrade infrastructural facilities in the state in the next 15 years. And that was about eight years ago! This, then, is the significance of the call for the state to be accorded a special status by the federal government.

A recent survey indicates about 25, 000 people come into Lagos daily. Thus, despite huge fund being expended on infrastructure development by the State Government, the efforts are not enough for obvious reasons. In the last twenty years, the state government has invested a huge amount of money on infrastructure development, especially construction of drainages, durable roads, beautification and restoration of parks to forestall the negative impact of flooding, erosion and other environmental hazards. However, these efforts are not enough for obvious reasons.

Today, Lagos does about 10,000 metric tons of refuse daily, more than what the whole of Ghana is generating. The branch networks that some banks have in Lagos outstrip what they have in the whole country. The number of heavy duty trucks and other vehicles that ply Lagos roads on a daily basis is quite alarming. Same goes for the number of pupils in its public schools as well as those that daily visit its public hospitals.

Consequently, the State spends more on infrastructure upgrade and provision of other basic life necessities than any state in the country. Lagos, with over 150,000 workers in its employment, apart from the Federal Government, remains the greatest employer of labour in the country. Ironically, many of the states in the country with lesser population and infrastructural needs receive almost same monthly federal allocation as Lagos.

Aside the pressure on its infrastructure, there is a crucial moral angle to the quest to accord Lagos a special status. When the FCT was moved from Lagos to Abuja, there was a subsisting agreement that the city would not be abandoned. Indeed, the Late General Murtala Mohammed acknowledged the onerous nature of the responsibility of leaving Lagos alone to deal with the burden of infrastructure the FG were leaving behind then, bearing in mind that if Lagos hadn’t been the federal capital, it probably would not have been having these problems.

In fact, five cities; Enugu, Port-Harcourt, Ibadan, Kaduna and Lagos were later designated as ‘Centres of Excellence’ by the Murtala Administration as part of a plan to make them cities of pride by the federal government. However, successive Federal Governments have refused to take a cue from countries such as Germany, Brazil, Malaysia, Australia and Tanzania, which, after relocating their capitals, did not hold back developmental programmes in the former capitals.

No nation grows by treating the needs of its golden geese with discomfiture. Undoubtedly, the future growth of Nigeria is tied to the development of Lagos which generates the bulk of the VAT accruable to the country, hosts over 85 per cent of Nigeria's industrial hub and over 65 per cent of its financial nucleus as well as over 75 per cent of its active workforce.

One hopes that the current Senate, under the leadership of Senator Ahmad Lawan will dispassionately look into the subject and do the right thing. Given the centrality of Lagos to the overall social-economic aspiration of Nigeria, the upper chamber and other critical stakeholders should rise above primordial considerations and treat the Lagos special question more impassively.

Ogunbiyi is of the Lagos State Ministry of Information and Strategy, Alausa, Ikeja