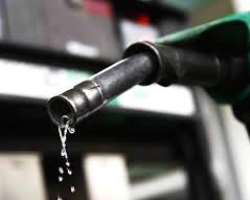 The Federal Government says a plan is in motion to provide alternative petrol, Compressed Natural Gas (CNG), that would cost between N95 to N97 per litre. With just N97, Nigerians can get a litre of petrol in the coming days.

The Minister of State for Petroleum Resources, Timipre Sylva, disclosed this while addressing journalists in Abuja on Thursday, January 16, 2020.

He noted that CNG has undergone a pilot project in Benin City with over 10,000 vehicles already running on it.

With CNG, Sylva said that the cost of fuel will reduce to about N97 per litre.

“What we have decided is that we should try and give the masses an alternative. That will be to move the masses to CNG.

While stating that Nigerians would never experience fuel scarcity again, Sylva expressed optimism that the Petroleum Industry Bill (PIB) will be passed before May 29, 2020.