Osodieme: Selfless Service as a Cross 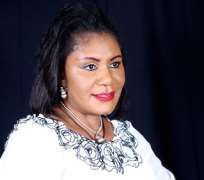 The cross is an inevitable burden upon anyone set for great heights, particularly in virtuous feats. Human history is replete with accounts of virtuous acts by individuals whose actions were castigated but eventually became the toast for common good. Love is therefore essential for selfless acts. Little wonder an anonymous quote: “Real love is about being selfless, not selfish,” and Mandy Hale’s (the author of The Single Woman) assertion that, “There is nothing more beautiful that someone who goes out of the way to make life beautiful for others.”

The wife of Governor of Anambra State, Mrs. Ebelechukwu Obiano (Osodieme) mirrors this sacrificial lifestyle. Lately she has been in the eye of the storm simply for making the lives of others beautiful irrespective of where and when the impulse to do good - a boundless activity takes her better part. This piece does not pretend to dictate to others; rather it is an attempt to situate and put in context Mrs. Obiano’s journey through selfless giving and the attendant consequences which is akin to bearing a personal cross.

By her own admission, Mrs. Ebelechukwu Obiano is a reluctant First Lady who would rather look after the children and domestic matters than get enmeshed in the murky politics of Anambra State; but the hand of fate dictated differently and sometime in mid-2013 she was persuaded to join her husband, Chief Willie Obiano on the campaign trail. Typical of Mrs. Obiano in every undertaking, she applied herself to the task with gusto. Although engrossed in the whirlwind tours of the electioneering campaigns, Mrs. Ebelechukwu Obiano whose life-long passion is in assisting the needy took note of the incongruities en route campaign stomps. She could not understand the existence of dilapidated and leaky mud houses amidst affluence in the twenty-first century Anambra State. As she shopped in rural markets, exchanged banters and shook hands with market women, she noted the lack of basic public conveniences that improve hygiene. And having traversed the nooks and crannies of the state, her eyes were opened to the job at hand not just for her husband who became governor, but to the pressing needs of the less privileged in the nooks and crannies of the state.

Mrs. Obiano encountered indigent widows and women living in abject poverty. She was unsettled by the number of physically challenged persons without basic mobility aides as well as the prevalence of children with congenital deformity of cleft lip and palate in the rural communities. Though the primary objective was in search of support and votes for her husband and the All Progressives Grand Alliance (APGA), Mrs. Obiano came away sober from the encounters and made a silent vow to make a difference by expanding her world of charity to the underprivileged across Anambra State.

Indeed, Mrs. Obiano’s disposition to aid-giving has never been in doubt, she was actually favourably compared to her husband’s compassionate disposition and contributed to the community through verifiable selfless acts, hence the conferment of the title of Osodieme Aguleri. It was therefore no surprise that when she had to formalize her charity in August 2014, she chose Caring Family Enhancement Initiative (CAFÉ) to cater for the welfare of the less privileged. Interestingly, the first salvo of expanded charity intervention by Osodieme on the Anambra stage was fired at Basden Special School Isulo, Orumba South Local Government Area shortly after the inauguration of the Obiano administration, March 2014. Following a visit to the school and a close observation of the abject lack of facilities like water, and the life threatening conditions the physically challenged, visually and hearing impaired students of Basden were exposed to, Mrs. Obiano in tears immediately initiated the first water project for the students. She subsequently got the attention of the education authorities who intervened with major infrastructural improvements and got necessary accreditations for the school.

Since the inception of CAFE, as a non-profit and non-partisan organization, it clearly outlined its charity intervention programmes including Housing for Indigent Widows, Market Toilet Projects, Skills Acquisition Training and Empowerment Programmes. CAFÉ’s interests include Free Cleft Lip/Palate Surgeries, Free Prosthetics Limb Programme, Donation of Wheelchairs, CAFÉ Water projects and Rehabilitation Home for Mentally Challenged Persons at Nteje. As founder and promoter of CAFE, Osodieme has committed huge personal resources in execution of the programmes. She also appeals for the support of charitable donors among individuals and organizations. Thus, her husband, Governor Obiano, made a personal contribution of his monthly salary in support of the Home for Mentally Challenged, while other philanthropists, friends and well-wishers also support her projects. As a result, the NGO has grown into a beacon of empowerment for indigent women, widows, youths, the physically challenged and the less privileged. The NGO has so far built 27 houses free for indigent widows in Amichi, Agulu, Alor, Amorka, Awba Ofemili, Aguleri, Enugwu Otu, Nnobi, Nri, Nibo, Osile and Ogbeagu Ogbunike, Umunankwo and Ossomala Ogbaru, Obosi, and Ozubulu, among other communities in Anambra State. It has trained and empowered over 4,800 indigent women on various skills, and sponsored free surgeries for over 100 children with cleft lip/palate deformity. It has as well given free prosthetic limbs to over 2,000 physically challenged beneficiaries.

Concerned about the dignity of women and their wellbeing, CAFÉ has built 17 modern public toilet facilities in rural markets with three others currently under construction at Nkwogbe Ihiala, Oraifite and Owerre –Ezukala. It has also constructed 47 water boreholes to lessen the burden of women in hard-to-reach communities, and donated wheelchairs and mobility aids to 1,800 persons. Also in collaboration with Ministry of Women Affairs CAFÉ has treated and rehabilitated over 100 mentally challenged persons and reunited them with their families. Delivery Bike with Baby Cots donated by CAFÉ to the Community Health Assistants and midwives.

However, CAFÉ’s achievements in the last five years have not come without challenges. Apart from paucity of funds to meet several requests, the motive of its founder, Osodieme, and her funding mechanism has come under severe scrutiny, often degenerating to personal attacks from some who misconstrue the selfless service as paid public service of elected public servant. But the challenges, rather than deter Mrs. Obiano, seem to spur her to do more; after all, she sees the toils as her cross. Thankfully, the CAFÉ board and benefactors of the charity have seen it growing in leaps and bounds across frontiers in effort to ameliorate the dire situation of the less privileged in the society.

Ozumba is Project Manager of CAFE