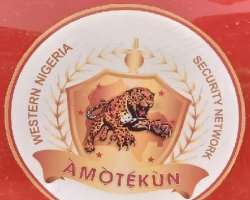 The prominent civil Rights Advocacy group - HUMAN RIGHTS WRITERS ASSOCIATION OF NIGERIA (HURIWA) has asked the Federal Attorney General and minister of Justice Alhaji Abubakar Malami (SAN), heads of security forces and especially the inspector General of Police Alhaji Mohammed Adamu to be careful so they don’t convey the express impression that the security of the lives and property of people outside Northern Nigeria is not sacrosanct and constitutionally guaranteed.

HURIWA reminds the Attorney General of the Federation and Minister of Justice Abubakar Malami and the Inspector General of Police Mohammed Adamu that Nigeria is a political entity based on the Principle of democracy and Social Justice and therefore the security and wellbeing of all persons in Nigeria should be of primary priority since the security and welfare of the people SHALL be the primary purpose of government as enshrined in section 14(2) (b) of the Constitution of the Federal Republic of Nigeria of 1999 (as amended).

The Rights group affirms that the subtle and sometimes open threats to antagonize; open/hidden disapproval and boycotting of the security initiative inaugurated by the governors and people of south west of Nigeria (Amotekun) as displayed by heads of security establishments at the centre which synchronized with the opposition expressed by a section of Northern Youth council, and the threats by the Inspector General of Police to CLAMPDOWN on the operatives of the newly established security platform of the South West of Nigeria is creating the impression that there are indeed a set of Nigerians whose security is not of topmost priority to the holders of central governmental authorities. HURIWA said such hostile attitudes to the setting up of the South West security initiative is unlawful, unconstitutional and an aberration.

The Rights group has also reminded the heads of security forces that they are not in public ooffices to carry out only such instructions that exclusively favours a section of the country based on religious/Ethnic or pedestrian considerations just as the human rights platform has reminded president Muhammadu Buhari that the reason section 14(3) of the Nigerian constitution spells out adherence to Federal character principle in all strategic appointments by the Central government is to guard against this sort of 'Northern agenda' being exhibited in the opposition by heads of security forces and police against the south west security initiative which the generality of the people of south west including other non-Yoruba speaking citizens living in the south west have welcomed with open hands.

“Those who are today heading security institutions of Nigeria at the behest of president Muhammadu Buhari must be sensitive and careful not to pass on the message that only the security of the lives of citizens living in the North of Nigeria is of priority to the current federal administration and for the fact that in such places as north east of Nigeria that armed security forces have worked in partnership with the civilian joint task force (C-JTF) who are armed should have made it clear to those who are now opposing Amotekun that their blind opposition to this good security initiative of the south west people is an affront to public good because AMOTEKUN is for the public good of Nigeria. Why has the Inspector General of police Mohammed Adamu not made any move to dismantle such unconstitutional contraption as the Hisbah police which directly offends section 214(1) of the Nigerian Constitution which says that: "There shall be a police force for Nigeria, which shall be known as the Nigeria Police Force, and subject to the provisions of this section no other police force shall be established for the Federation or any part thereof.” or section 227 of the Nigerian Constitution which spells out unambiguously an opposition against Hisbah police thus: “No association shall retain, organise, train or equip any person or group of persons for the purpose of enabling them to be employed for the use or display of physical force or coercion in promoting any political objective or interest or in such manner as to arouse reasonable apprehension that they are organized and trained or equipped for that purpose”.

HURIWA therefore wonders why section 214(1) is clear on the illegality of such a body like the Islamic police in Kano state and few other Northern states which also violates section 10 of the constitution on the illegality of elevating any religion as state religion, yet the Inspector General of police and the Federal Attorney General (both Northern Moslems) have failed to carry out their constitutional duty by disbanding the illegal HISBAH police but the south west security initiative which is to work lawfully with relevant authorities just like the civilian joint task force (CJTF) in the north east of Nigeria is about to be sabotaged by northern-born security and federal attorney general due to selfish and regional reasons. This must never be allowed to happen. Never!”

The Rights group has also asked the south west governors to be resolute in driving the process of providing security to their people lawfully since the constitution in section 4(7) which states thus: “The House of Assembly of a State shall have power to make laws for the peace, order and good government of the State or any part thereof with respect to the following matters, that is to say:- (a) any matter not included in the Exclusive Legislative List set out in Part I of the Second Schedule to this Constitution. (b) any matter included in the Concurrent Legislative List set out in the first column of Part II of the Second Schedule to this Constitution to the extent prescribed in the second column opposite thereto; and (c) any other matter with respect to which it is empowered to make laws in accordance with the provisions of this Constitution."

HURIWA has also tasked the south west governors to proceed to international court of justice should the biased heads of security forces and the attorney general of the federation continue to kick against Amotekun or use subterranean means to undermine the integrity and workability of that security mechanism which is lawfully inaugurated t secure the lives and property of the people in line with extant laws both locally and internationally.

The group stated thus: “The basic rule of international law providing that states have no right to encroach upon the preserve of other states’ internal affairs is a consequence of the equality and sovergnity of states and is mirrored in article 2(7) of the UN Charter. It has, however, been subject to a process of reinterpretation in the human rights field. So that states may no longer plead this rule as a bar to international concern and consideration of internal human rights situations. It is ofcourse, obvious that where a state accepts the right of individual petition under an international procedure, it cannot thereafter claim that the exercise of such a right constitutes interference with its domestic affairs.”

“This rule flows from the above principle. It is a method of permitting states to solve their own internal problems in accordance with their own constitutional procedures before accepted international mechanisms can be invoked, and is well established in general international law.” HURIWA said the South West governors can rely on these basic global human rights laws to press on with running the South West security initiative lawfully.

HURIWA states further that: “Certain rights may not be derogated from in the various human rights instruments even in times of war or other public emergency threatening the nation. In the case of the European Convention these are the rights to life (except in cases resulting from lawful acts of war), the prohibition on torture and slavery, and non-retroactivity of criminal offences. In the case of the Inter-American Convention, the following rights are non-derogable: the rights to juridical personality, life and humane treatment, freedom from slavery, freedom from ex post facto laws, freedom of conscience and religion, rights of the family, to a name, of the child, nationality and participation in government. By article 4 of the International Convenant on Civil and Political Rights, the rights to life and recognition as a person before the law, the freedoms of thought, conscience and religion and the prohibition on torture, slavery, retroactivity of criminal legislation and imprisonment on grounds solely of inability to fulfill a contractual obligation are non-derogable.”

“Such non-derogable rights clearly are regarded as possessing a special place in the hierarchy of rights. In addition, it must be noted, many rights are subject to a limitation or claw back clause, whereby the absolute right provided for will not operate in certain situations. Those rights therefore that are not so limited may be regarded as of particular value.”

“In addition to the many international and regional treaty provisions concerning human rights, Professor Malcolm N. Shaw in his book international law correctly maintains that certain human rights may now be regarded as having entered into the category of customary international law in the light of state practice. These would certainly include the prohibition of torture, genocide and slavery and the principle of non-discrimination. In addition, human rights established under treaty may constitute obligations erga omnes for the states parties.”

HURIWA therefore warned both the IGP and the AGF to play the game by the rules by not sabotaging or undermining the successful operations of AMOTEKUN in the South West of Nigeria or any lawfully initiated mechanisms working with the law enforcement institutions in all parts of Nigeria to safeguard lives and property of Nigerians.