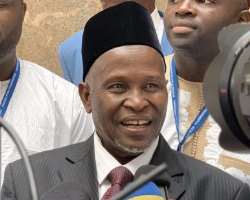 The apex court had earlier on Monday announced the suspension of the appeal involving Kano State, where the candidate of the Peoples Democratic Party, Kabiru Yusuf, is challenging the victory of Governor Abdullahi Ganduje of the All Progressives Congress.

This was even after the Chief Justice of Nigeria, Justice Tank Muhammad, who is leading six other justices, retired into his Chambers because of a crowded hall.

In announcing the adjournment, Muhammad said it was because one of the justices, who he did not name, was ill.

The new date for the judgements will be Tuesday (tomorrow).