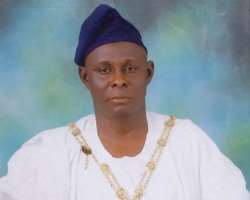 Borno State Governor, Professor Babagana Umara Zulum alongside Senators Kashim Shettima and Abubakar Kyari on Saturday joined dignitaries from all over Nigeria for the investiture of a new President of Nigerian Society of Engineers, NSE.

Engineer Babagana Mohammed, a citizen of Borno state, took over affairs as 32nd President of the umbrella body of engineers in Nigeria for a tenure of two years. He became President in January 1, 2020. Until his new office, he was deputy president of the NSE.

The new President had in the last 13 years held 22 special positions in the course of his services for the NSE. He succeeded Engr Adekunle Mokuolu who was the 31st President from 2018 to 2020. Mokuola was at the event to hand over the reigns of leadership to his successor.

The well attended event, with the theme, “Engineering infrastructure for unity and progress in Nigeria”, is holding at the Africa hall of the international conference centre in Abuja.

High point of the event was the swearing in of the new President and ceremonial transfer of the symbol of authority from the immediate past President to his successor, Engr Babagana Mohammed.

In his remarks, Governor Zulum who is a fellow and high member of the Nigerian society of engineers thanked executives and members of the NSE for electing a Borno son to lead them for the next two years.

The Governor suggested the need for the country to diversify its means of income in order to strengthen the national economy and to create job opportunities for unemployed citizens.

Many sons and daughters of Borno, including former minister of the FCT, Engr Abba Gana, chief executives of numerous public and private organizations, engineers from all the 36 states and the FCT and many others were in attendance.