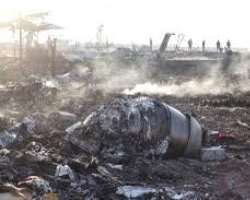 The Prime Minister of Canada, Justin Trudeau, has accused Iran of complicity in the crash of the Ukrainian International Airlines plane in which 176 persons died on Tuesday.

The Prime Minister said he had received intelligence from multiple sources indicating that the plane was shot down by an Iranian surface-to air missile.

He, however, said it was possible that this was unintentional. He said: “This reinforces the need for a thorough investigation. “Canadians have questions and they deserve answers.”

Among those listed to have died in the crash were 63 Canadians.

Trudeau, however, said it was too early to apportion blame or draw any conclusions.

He then refused to go into details about the evidence at his disposal.

His position was also supported by the Prime Minister of the United Kingdom, Boris Johnson, who said Britain was working closely with Canada and others affected by the crash.

The media in the United States have speculated that the timing of the crash suggests the plane may have been mistaken for a US warplane as Iran prepared for possible US retaliation for the strikes.

CBS News quoted US intelligence sources as saying a satellite detected infrared “blips” of two missile launches, followed by another blip of an explosion.

Trudeau, Johnson and others Western leaders are demanding a full and thorough investigation into the crash in which Iran has ruled out a missile strike by its air defences.

The crash came just hours after Iran carried out missile strikes on two airbases housing US forces in Iraq.